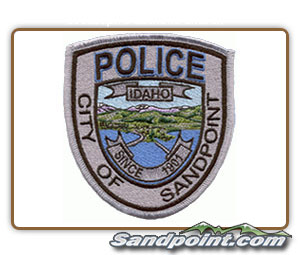 *This post was submitted by Jeff Orchard, via CopBlock.org’s submission tab* I’m just sharing a story that I found in our local paper in Coeur D Alene, Idaho. As soon as I looked further into the story and saw the video, I was just appalled at how the policemen reacted to the entire situation. A pregnant woman is now dead because of the instant escalation of the situation of the officers. The Coeur D Alene just posted this story in their newspaper on January 3rd, 2015. The incident took place on July 8th, 2014. The killing was deemed justified on October 31st.

Some other details that may want to be looked at is the fact that this happened in a very small town in Idaho. With a small population of roughly 7,500 people in 2013, even the Sandpoint police department is arming themselves and reacting to incidents with AR-15 Rifles drawn.

When I first saw this story I knew there was more to it than how the local newspapers and news sites ever reported it. They focused on justifying the killing by focusing on her alcohol levels, and the fact that she was a struggling addict. A person with mental health issues that needed to be addressed, not a hardened criminal. They never talk about the contents of the police video (see first 4 minutes of video below) that was released.

The cops had been told this woman had a fillet knife. In the video, you can see everything from beginning to end. The moment the police officer arrived to the situation and stepped out of his car, wielding in two hands, his AR-15 Rifle.

Now lets take a quick moment to remember the back story on this woman, and how her boyfriend was taking her to the hospital for mental help. This woman needed a negotiator. Someone to try and talk to her, talk her down, get her help. But it seems the days of police trying to actually calm a situation without killing someone is over.

The officer steps out of his cruiser, AR-15 in both hands, aiming at the woman. The fact the first thing he did with an emotionally disturbed person was point an AR-15 Rifle at them, shows the lack of regard for human life this officer has. He was prepared to step out and escalate the situation as soon as he arrived. Instantly yelling at the woman to put the knife down. After disobeying orders, they command again, she refuses. At which point, from the time the cop got out of the cruiser ’til they start shooting, was 11 seconds. Let me repeat that… they gave this pregnant woman wielding only a fillet knife and standing a good distance away, 11 seconds to obey commands before opening fire on her.

What adds insult to this, is the handcuffing of an obviously dead body. And the time it took to try and give any sort of medical help…

I believe this story needs more attention. Sandpoint is really close to another small town called Coeur D Alene, ID, where a story was posted a while back about an officer here shooting a dog (named Arfee) in a parked car. Coeur D Alene has a population of about 34,000 and Sandpoint only 7,500! I think it is important that people know these stories that happen in even the smallest of town in America.