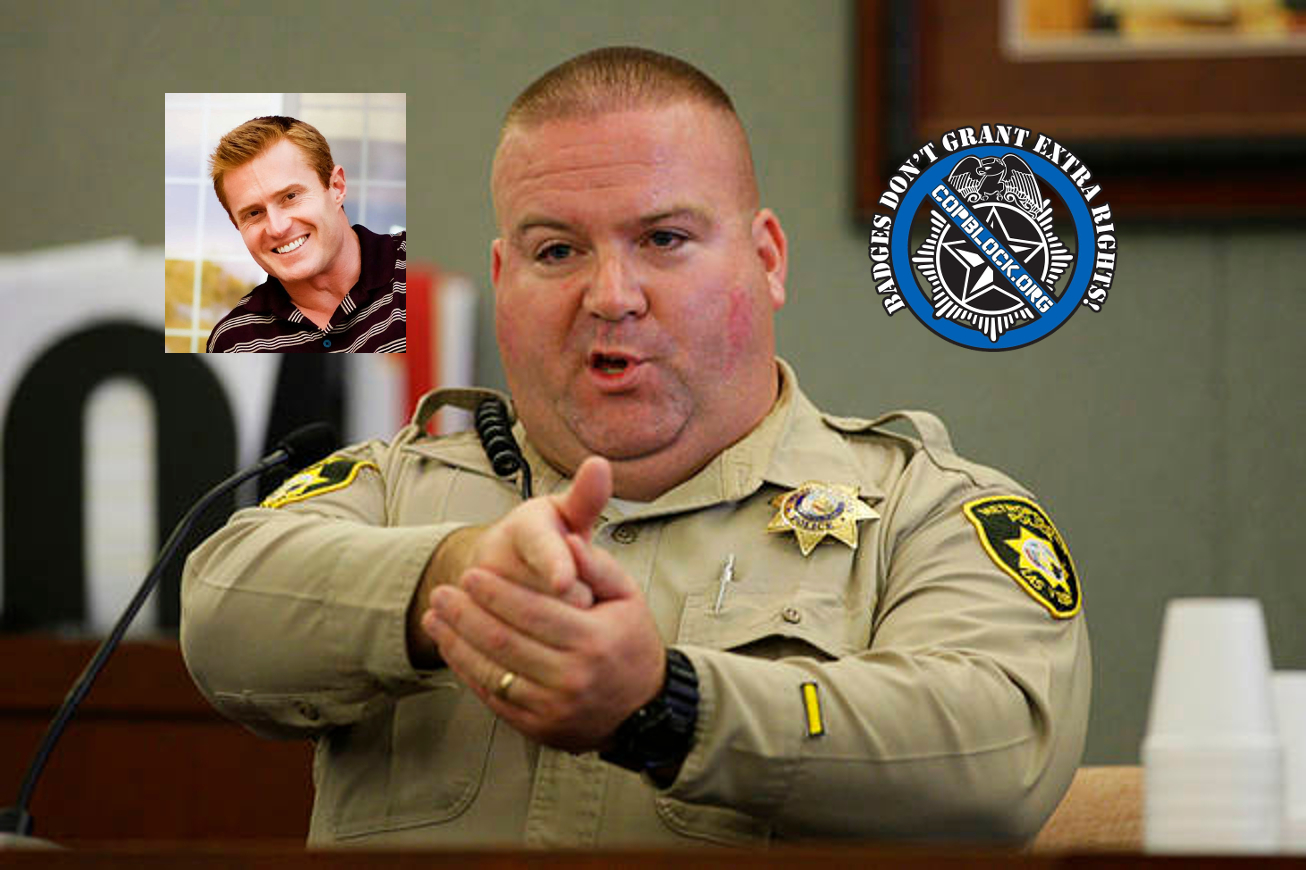 On July 10, Erik Scott, a West Point and Duke graduate, went shopping at Costco in Summerlin, Nevada.  He was carrying a concealed firearm, as permitted by Nevada state law.  Witness and officer reports differ on what happened next.  Allegedly, Scott began acting bizarrely, and would not leave the store.  Some accounts indicate Xanax and pain killers were in his system after subsequent testing.

It is not disputed that police were called to Costco, and upon seeing Scott, demanded that he drop his weapon (this was recorded on the 911 call, as well as confirmed by a witness).  As Mr. Scott reached for his holstered gun (which never left the holster) to drop his weapon, police shot him 2 times in the chest, 5 times in the back, killing him (more here).

The officers involved in the shooting were subsequently found to be “justified,” and of course were not charged with anything.  No doubt this case raises many issues; the first one is that of the right to concealed carry.  If you can be shot for “acting bizarrely” while posing no threat to anyone, then effectively, there really is no right to concealed carry.  The right does not in fact exist if you have the “right to carry” but can be shot arbitrarily.

Of course, there are always the typical apologists who justify police violence with the fact that the victim was non-compliant and thus deserved to be forced into submission. One would think these apologists have nothing to say here; Mr. Scott was shot precisely because he was obeying commands to “drop the firearm.” How can one drop a firearm without touching it?  A lot of police justifications center around the fact that several witnesses saw Mr. Scott reaching for a weapon.  There is no doubt the 911 recording reflects officer commands for Scott to drop the weapon; in essence, he was shot precisely for obeying police commands.  But what are facts to zombie-like police apologists, rushing rabidly to defend tyrants?  Lynn S (who is either totally uninformed or an idiot) had this to say in response to a news article on the matter:

If only Mr. Scott would of obeyed the policemans commands this would not be a issue. I hold a ccw card and that is the 1st thing they teach you OBEY a cop if confronted.Maybe a few too many pain pills ??? Sorry to the family , but quit trying to place the blame on the police and take a good look at your son.            –Lynn S

Victim-blaming. Tell the dead guy with 7 bulletholes and a heartbroken family and fiancee that it’s their fault.  Classic.  And classy, I might add (sarcasm). I used to think people were nuts for demanding blind obedience to cops.  Now I see it’s not just blind obedience to cops; it’s just a very general, obsequious love -fest for cops.  This unfounded deference borders on the obscene; even when you do obey them, when they shoot you it’s still your fault, not theirs.

The story continues to get sketchier from there.  Costco, a major wholesaler operating on the international scale, claims its surveillance camera was broken for days leading up to this incident. As such, no footage was available.

Shai Lierley, a Costco security guard now alleges he knew at the time the video was not working, and had arranged for repairs. Yet, initial news articles did not mention any alleged malfunction. It seems strange for Costco to turn (blank) security tapes over to police without mentioning any malfunction if they knew the camera was broken. This article indicates Costco and police refused to comment on the video initially.  It is again odd Costco wouldn’t just say such footage didn’t exist if they were aware the surveillance system was broken.

Admittedly, this is all speculative. However, even assuming there was no foul play with the convenient lack of surveillance, it is unquestionably ridiculous that a man can be shot for reaching for his gun when armed officers specifically commanded him to drop his gun.

When the story first broke in July, witness accounts differed from the police accounts. With a few minor discrepancies, 4 witnesses interviewed immediately afterward did not know why Scott was shot.  None of them saw Scott brandish a weapon.  One witness said, “There wasn’t even time for someone to react…The guy didn’t pull a gun. There was no gun in his hand, there was no gun on the ground.” Another witness similarly did not see Mr. Scott threaten anyone.  A July 28 update indicated there were floods of witnesses calling the station offering to give accounts.

Another eyewitness referenced in this article who was right next to Scott claims he didn’t have a gun in his hand or appear to be hostile in any way. The witness further said that once Scott was down and clearly not a threat, police treated his lifeless body “like a sack of potatoes.”

More recently, witnesses at the coroner’s inquest have largely backed police accounts of Scott brandishing a weapon, holding a gun, reaching for a gun, or something to that effect. In the eyes of the jury involved in the coroner’s inquest, this appears to have justified the murder.  It is unclear why this is the case. Even assuming the witnesses claiming Scott made no threatening move were all lying, witnesses supporting the police’s account of events actually make this murder even more ridiculous.  If Scott was reaching for a weapon, he was doing so under police orders.

The level of incompetence required for a team of allegedly trained police to scream for a suspect to drop his weapon, but then to shoot him when he attempts to do so is almost incomprehensible.

Well, police have succeeded at their job.  No one was made safer.  A man is dead because of their incompetence and shameless use of violence, but their approval ratings are doing just fine.