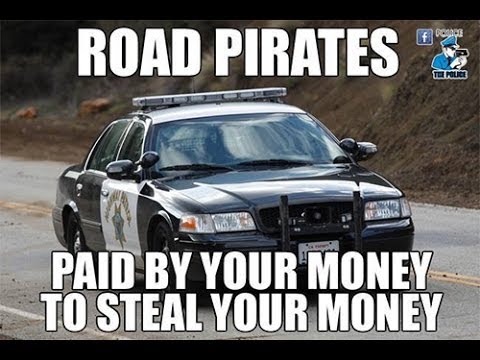 A reader, named M. Skyy, shared the content below, regarding the service two employees of the Arlington, TX Police Dept. provided for him and his employees. As well as the impact that the revenue generation initiated by these road pirates had on his business and the low income customers he performs an actual service for, via the Cop Block Submissions page. Unfortunately, the Arlington police haven’t been offended by people asking for accountability enough to do everyone in that city a favor and refuse to “protect and serve them” yet. So “crime” in that city remains high.

We have a single truck tow business with a valid Texas License for towing. Normally we do not make more than $1,500 per month doing this job, as we cater to more low income people who are stranded. On January 11, 2015, the make tow truck driver was pulled over for reasons unknown and written $1,115 in combined tickets. He got citations for:

1) No tail lights or turn signals for towed vehicle – There WERE lights and proper legal signals on the towed vehicle
2) Failure to use tow strap – For Texas Law, “if the tow truck is equipped, the tow truck must use wheel straps”. We have an ’85 Chevy wheel lift tow truck, which IS NOT equipped with these wheel straps nor can we find any law that says we must add them on the truck.
3) Safety Chain Violation – We had safety chains visually attached to the car being towed
4) Display Cancel Texas Plates – Driver showed officer his new valid plates which were in the window, just not changed out yet since we just got them.

*This tow truck driver was only trying to do his job and makes less than $60 per day in most cases. Then these Arlington PD Cops come around and bother someone NOT causing any issues to the general public, and WAS following laws to the best of his ability. Why aren’t APD actually going out and preventing and solving REAL crimes?? Why are they now picking on and singling out this hard working Hispanic Citizen just trying to make a small living?? We are well aware of the Texas Dept of Transportation Law re: Tow Trucks and have everything on the truck equipped.

1) Failure to provide tail lights or turn signals on towed car – AGAIN!
We DO have these lights affixed to the towed vehicle and they are in view. We have video but are saving it for the prosecutor or the trial, which ever it is we have to do.

This is WRONG for APD to be treating people this way! In fact, officer #2 got hostile with the tow driver when he did not stop right away, and was looking for a safe place to pull over. The officer acted like he was a criminal, pointing his finger in his face and asking the tow driver if he wanted to go to jail for evading arrest – He did not evade arrest! How fast is he going to try to evade driving a heavy ass tow truck and another car behind him. Come on!

Seriously, APD, you all need to be brought IN CHECK! You are not making the citizens of this town like you or trust you any more! You’re digging yourself a hole and think you can do anything and get away with it. The entire PD needs to be re-worked and new people hired with a more strict Chief. I’ve lived here 15 years and never encountered so much BS in my life! We will fight this all the way! And you’ll never see a dime from me. Go fight some REAL crime, not give innocent, hard working ppl traffic tickets!