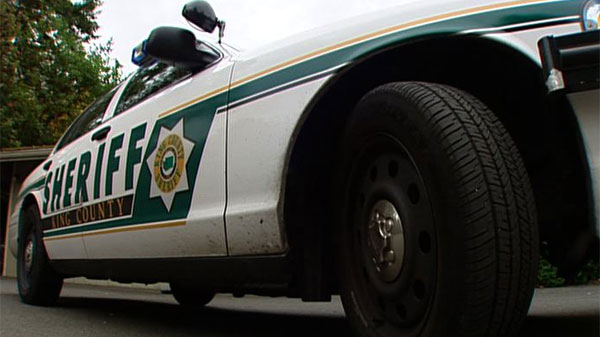 If you spend any amount of time reading the laundry list of crimes committed by police officers at Injustice Everywhere, you may start to think to yourself, “Man, what does a cop have to do to get fired?”  Corrective counseling, short suspensions, or just a good ole talking to, seems to be the punishment of choice for crimes that would land you or me in jail.  Every once in a while a deserving cop gets fired, but as the case of King County Sheriff’s Deputy Kevin Savage demonstrates, it can take a long list of egregious behavior to finally end up in the unemployment line.  Deputy Savage was fired recently after 22 internal investigations and 26 finding of misconduct over the course of two years.  Not 26 accusations, but 26 actual sustained findings of misconduct.  That is apparently what it takes for a cop to get fired in King County.

Deputy Savage came to work for the King County Sheriff in 2006.  In 2010, he was assigned to patrol Vashon Island where because of its small size, he worked without the supervision of a sergeant.  According to residents, he quickly gained a reputation for being a bully.  During his time on the island he was accused of buying alcohol while in uniform, playing pool in local bars while on duty, physically threatening and intimidating witnesses in a effort to have them change their stories, and breaking into a home without a warrant and arresting a woman without probable cause.  In just 9 months on the island, it was found that Savage committed misconduct 18 different times.  His punishment?  He was given a 5 day suspension and reassigned.

It did not take long before Savage was again racking up complaints on his new beat, including allegedly telling a teenage girl that he could sexual assault her with a pen and that there was nothing that she could go to stop him.  Savage was finally put on paid administrative leave in June.  Between that time and his firing, he received over $28,000 in pay.

It should come as no surprise that it took this long for Savage to be fired.  It is more surprising that he was fired at all.  Remember, King County Sheriff’s Deputy Matt Paul?  He slammed an innocent man, Christopher Harris, into a wall so hard that the he was left paralyzed.  He also has a long history of using violence, up to six times more often than other officers who walked same beat as him.  His superiors were aware of his tendency to escalate situations and to cause injuries.  He still has a job with the King County Sheriff.

Of course, the proclivity for not firing bad cops is not limited to King County Washington.  A Superior Wisconsin police officer, Kirk Babic, who has admitted to stealing more than $5,000 from his fellow officers will receive a suspension, and extra training, but will not be fired for his felony theft.  Can you guess the reason the Police and Fire Commission decided not to fire Babic?  Because they NEVER fire police officers for committing crimes!  They decided it would be unfair to fire Babic for committing a crime when they have never fired other officers for committing crimes, including a hit and run, domestic assault, damaging property, and giving false testimony.  This decision, along with the admission that they can’t fire an officer for breaking the law, because they never have before, gives other officers in the department permission to just go ahead and commit crimes, because they are indeed above the law.

Maybe we are being to hard on these departments for not firing bad cops.  The reality is that many times they will be forced to rehire the bad cop anyway by a judge or an arbitrator, so why go through the trouble in the first place?  Early this year I told you the stories of several bad cops who were fired, then rehired and then continued to be their normal thuggish selves.  One such cop, Boynton Beach Florida Police Officer David L. Coffey, has now once again been fired for excessive force.  This time, for slamming a man into a game-console at a restaurant while making an arrest without trying to first handcuff the individual.  He is also facing charges stemming from an incident in which he activated his taser inches from a fellow officer’s ear in retaliation for her honking her horn at him.

Even incompetent police officers can get their jobs back.  San Jose Police Officer, Matty Hrncir, was fired in 2010 for mishandling several sexual assault cases. Hrncir’s incompetence, which included failing to follow up on leads, not turning over crucial evidence to prosecutors, misquoting victims and witnesses, and even minimizing crimes in her reports, resulted in criminals walking free without being charged for their crimes.  An arbitrator recently ruled that she should be reinstated with back pay.   Can you imagine keeping your job if you sucked at it that bad?

We can only hope that Deputy Savage doesn’t get reinstated, but with the apparent job security provided to police officers I wouldn’t hold your breath.