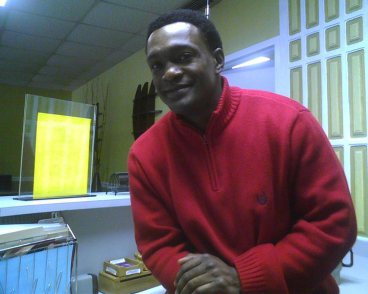 This is a repost of an article originally published on the South East Alabama Cop Block website, which discusses some of the improprieties and possible misconduct by members of the Barbour County “justice” system. This involves the case of Will Dickerson, a former University of Alabama football player, who has been accused of murdering a man named Willie Pugh during a robbery.

Included in those who are alleged to have acted inappropriately and possibly even engaged in an outright framing of Dickerson, are the District attorney prosecuting the case, Ben Reeves, as well as Jeff Compton, a former cop now practicing as a defense attorney, who previously represented Dickerson. It was received via the Cop Block Submissions page.

Will Dickerson (pictured left), former University of Alabama football player and personal friend of this author, has been in the Barbour County jail awaiting trial for murder since January of 2012. However, new information has come to light that may indicate his previous attorney Jeff Compton (pictured below), who is a former police officer, conspired with other unnamed police and government officials to hide evidence from Dickerson that would have long ago cleared him of all charges.

In the above linked article, Rickeystokesnews.com reporter, Jon Carroll, states “In confidence, members of the court system and law enforcement who feel justice is not being served have confirmed this and been willing to share multiple examples of the evidence.” indicating a large cover

up. This alleged conspiracy also represents an obvious unwillingness on the part of court officials and police to uphold their oaths and bring the alleged conspirators to justice in any official capacity. Possibly indicating yet another case of the government showing preferential treatment to it’s own.

Dickerson’s trial is scheduled for February 2nd of this year. South East Alabama Cop Block will be present at the trial as much as possible in order to report any events allowed by the court for public dissemination.

UPDATE: According to Jon Carroll on Rickeystokesnews.com, the trial has been moved up to April and will be held in Russell County. After numerous complaints against Barbour County District Attorney Ben Reeves he has been summoned to the State Attorney General’s office. Mr. Carroll also quotes a “A long term law enforcement official we trust deeply” as saying:

“the district attorney is being pressured by Barbour county’s largest narcotics network to not identify the actual individuals who robbed and murdered Willie Pugh. Blood DNA of those individuals who actually murdered Pugh are in his possession. The State of Alabama has tested this evidence and confirmed it is not Pugh or Dickersons.”

This knowledge, if true, proves that local police and other officials who have taken oaths as public servants are either complicit in the cover up or at the very least are failing to arrest Mr. Reeves and Mr. Compton even though they KNOW they are breaking the law.

Remember, bad cops are bad. “Good” cops who look the other way or fail to enforce the law on their co-workers are WORSE!