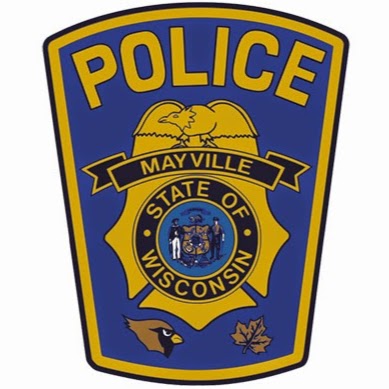 I doubt this is the first time someone dressed up like a cop and committed a crime. I know what you’re thinking, that shit happens hundreds of thousands of times a day. LOL, no seriously, I mean someone not in the thin blue line gang, but pretending to be, this isn’t the first time that’s happen. In fact, I’m surprised it doesn’t happen more often. Afterall, police have instilled a fear into people where the vast majority of people will instantly, and almost without question, comply to an officers orders. No matter the order or request. This was highlighted perfectly in the movie, “Compliance” – based on a true story – where a man pretending to be a cop was able to get some people to do some pretty bad things to another person. So the following story isn’t a shocker to me.

A 56 year old man was pulled over by a person in a navy blue Dodge Charger with red and blue lights. Nothing unusual about this yet, not for this site, but when the alleged officer approached the car window, he merely asked for the driver’s wallet, returned to his car and left. Now, this really sucks for the victim but holy shit, I could name a number of people who have been stopped by ACTUAL police and lost a whole lot more than $60.

Furthermore, this happened in my hometown of Mayville, Wisconsin. Which is why I took so much interest in this article and laughed at some of the quotes. Again, I feel for the victim of this crime but the quotes and advice given by Christopher MacNeill made me feel like I was reading a page out of 1984.

The FDLReporter, out of nearby Fond du Lac, Wisconsin, reports:

instances in which people impersonate police officers to commit crimes are rare.

Ah, does this guy not realize what his job is? Nevermind, more on that in a minute, to continue on:

Not sure that the person with the flashing blue and red lights behind you is an actual police officer? MacNeill said there are steps motorists can take to confirm the legitimacy of a traffic stop.

“All officers involved in a traffic stop must call the dispatch center with information before an officer even steps out of the car. Motorists in doubt can dial 911 and ask a dispatcher if that person behind them is a real officer,” MacNeill said. “Motorists without a cell phone are encouraged to pull over in a well-lit, high traffic area.”

Really? I’m sure this would go over well. It’s bad enough when you merely try to film an officer, now you’re telling people to verify they’re actually a cop first! Could you image the reaction from most police officers when faced with this? Baton to the window? Gun pointed to the face? Than a rear window full of bullet holes as the driver takes off thinking no ‘real’ cop would act such a way from being asked to verify their ‘authority.’

In my personal opinion, the only advice that’s really worth anything in this situation is the same advocated here at CopBlock.org like a broken record. It’s exactly what I told my sister on her Facebook wall when this story was being discussed. That is, if you really want to be safe from fake cops, do what you do to real cops. START FILMING WHEN YOU GET PULLED OVER.

I highly doubt a person pretending to be a cop is going to rob you while you record them. In fact, I’d be willing to bet they simply say, “Sorry, wrong person and head back to their car.” Why do I feel this? Because this person is choosing the most feared profession to impersonate. Why? I’m not exactly sure I’m pretty certain it’s not because cops get a lot of push back. This person does this routine because they face little to no push back when committing their crimes. Just like when “real” cops extort, harass or harm people.

Which brings me back to MacNeill’s statement of, “especially if they’re [police impersonators] robbing the people they’re stopping,” Every single day, yes – even in little old Mayville, WI – police officers are robbing people. Let me say that again. EVERY. SINGLE. DAY. Every day they issues tickets for victimless crimes, for nothing more than the perception of providing the service of safety, when really they’re only furthering the fear and complice of people. Maybe MacNeill is just pissed that this ‘criminal’ stole his gig and enacted it poorly. He’d much rather see a less direct form of theft come from the use of a badge and shiny lights. So welcome to 1984, where the same action is called “armed robbery” in one breath and a “traffic violation” in the next.