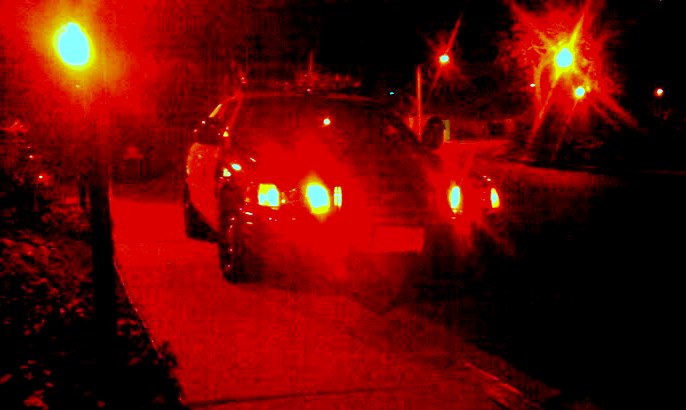 Part 2 of a series on how Florida’s most despicable police officers continue to remain on the job is both enlightening and frightening. A Herald-Tribune investigation found that thousands of Florida officers remain on the job despite arrests or evidence of crimes that would result in incarceration for any ordinary person.

Reprehensible behaviors by these “rogue” officers (thousands of them, actually) include sex with prisoners, rape of teenage girls, and domestic violence. In each of these cases, state law enforcement officials allowed the officers involved to retain their badges. Other activities these heroes in blue have engaged in include less concerning crimes of extortion, drug trafficking, and attempted murder (read more here).

The Herald-Tribune investigation further found such behavior was not isolated. One in 20 active law enforcement officers in Florida had committed moral character violations (drugs, violence or other crimes) “serious enough to jeopardize their career.” It is interesting the Herald-Tribune phrases this fact in this manner. It should be revolting enough that police are engaged in such activities at all, but the focus of the issue seems to be on the fact the behavior is so bad that they could actually lose their jobs (which quite frankly, doesn’t happen very often – read more here).

The Herald-Tribune article, reflecting the attitudes of most people, fails to acknowledge police are always breaking the law. They break the very law they swear to uphold on a daily basis – jaywalking, speeding, parking in red and handicapped zones, talking on cell phones while driving, running stop signs, etc. People see police doing these things everyday, but are not concerned because police are allegedly “doing their jobs” and “serving people.”

Somehow, people believe that even though speeding, talking on cell phones while driving, and parking in fire lanes are all illegal for the protection and good of the people, it is ok when police are break laws because 1. they deserve some leniency for the good work they do and 2. they need some leniency in order to properly do their job – i.e. police need to break the law in order to enforce it sometimes, and need to behave dangerously in order to prevent danger.

So why should we care if police are raping, trafficking drugs, or committing extortion? If the logic was correct to begin with, there’s no rational reason to draw the line arbitrarily at parking and driving violations. If  “protecting people” is furthered by breaking the law once in a while, and “doing your job” is an excuse for breaking laws, then surely the same applies to rape, drug crimes, and extortion.

If one’s knee-jerk reaction to people (such as us here at Copblock) bitching about cops breaking parking and driving laws is, “shut up and get a life hippie! He’s just doing his job! He’s out there risking his life to protect you” – that very same response should apply when people like us bitch about cops raping teenagers, beating their wives, and abusing their kids.

In other words, many of you people out there who claim to be shocked and horrified when police are out raping people and beating kids are pretentious assholes. You actually think it’s ok. I know this because you are the type who vomits up the same platitudes over and over again about how police need some leniency because their jobs are difficult. You are same people who go, “hmm, that makes sense” when you hear of a cop murdering someone, and receiving a lighter sentence because the judge took his past “service” into account.

You are the same people who pretend to feel bad for these tragic victims of police violence, but then turn around and say, “but of course, we need government police! The world would be chaos without them” even as government police everywhere are beating, killing, violating civil and/or constitutional rights, and committing crimes. Even though basic logic dictates that government police by definition will always lack accountability, and be far more open to corruption and abuse because government police cannot easily be fired, replaced, or punished. This is also demonstrated by the Herald-Tribune report.

The Herald-Tribune reported the number of serious violations is far higher than state records would reflect, as  local agencies failed to report cases and faced no consequences for neglecting to do so. (What a surprise – you mean the government doesn’t want government agents to look bad? It can’t be!) In fact, the Union County Sheriff’s office hasn’t reported a single instance of misconduct in about 26 years.

Further, it was extraordinarily difficult to fire officers who repeatedly misbehaved. One Frederick Currie had a history of domestic violence, and was even arrested for child abuse. He was also involved in stalking an ex-girlfriend, as well as sexual battery. Officials attempted to fire him twice, but were unsuccessful, because of of police union power, and state laws which clearly favor police officers over ordinary peons. Some of the crimes by police may be occasional or rare, but the law and the system’s preferential and lenient treatment of murderous, violent, and criminal officers is not an accident.

Currie may only be one man, but remember that thousands of officers were exposed by this Florida report, and that in one agency, not one case of misconduct had been reported for 26 years. This is not a freak occurrence. This is not a case of a few bad apples. This is an institutional and intentional result of government monopoly over protection services.