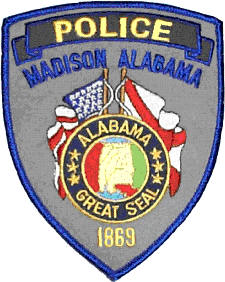 In the video above, Chirag Patel, talks about his father – Sureshbhai – was partially paralyzed by police while out for a walk. According to Joseph, who submitted this story via CopBlock.org’s submission tab:

57-year-old India citizen Sureshbhai Patel was visiting his naturalized immigrant son, Chirag Patel, in Madison, Alabama, to help care for his 17-month-old grandson, when he made the simple mistake of taking a walk in a suburban American neighborhood. A nosy neighbor saw something and said something to the local cops. In the course of their investigation, they determined that Mr. Patel spoke no English; as his son reported, he speaks only Gujarati and Hindi. Naturally, this was cause for immediate escalation. Police forced Mr. Patel to the ground, and left the man partially paralyzed. He was transferred to Huntsville Hospital, where some of his vertebrae were fused. He has not yet regained the full use of his limbs.

Madison police have refused to identify the names of its officers involved in the incident. Chirag Patel is now questioning his decision to come to live in the United States.

How is one man, who doesn’t speak english and isn’t armed, a threat to two men whom are carrying guns and wearing body armor? I’ll spoil it for you, it wasn’t about the officers feeling threatened.  In this day and age if the police have a “communication barrier” – as Larry Muncey, Madison’s Chief of Police, described the issue – they are trained to handle such barriers by using force. Instead of seeking someone to help them communicate with Sureshbhai, or calling his son – as he repeated his phone number over and over; and surely the officers can recognize a phone number, their first reaction was to place their hands on him in a attempt to detain him. This is a direct reaction to the training officers receive. In the aspect that at any time, or for any reason, police officers have an issue with you, training has dictated that the natural reaction is to use force.

Think about how this interaction went down from Sureshbhai’s perspective. He’s merely going for a walk and suddenly two men, in matching uniforms with guns, approach him. He can’t understand a word they say, doesn’t know what they want and repeats his son’s name and phone number. Then the police try to place their hands on him, confused (presumably), he probably resist and his slammed to the ground. Folks, this is what a police state looks like.

Below is the information for the Madison, Alabama police department and Larry Muncey, as well as two other sources that have covered this story.

Lawyer: Indian citizen out for a walk left paralyzed by Alabama police