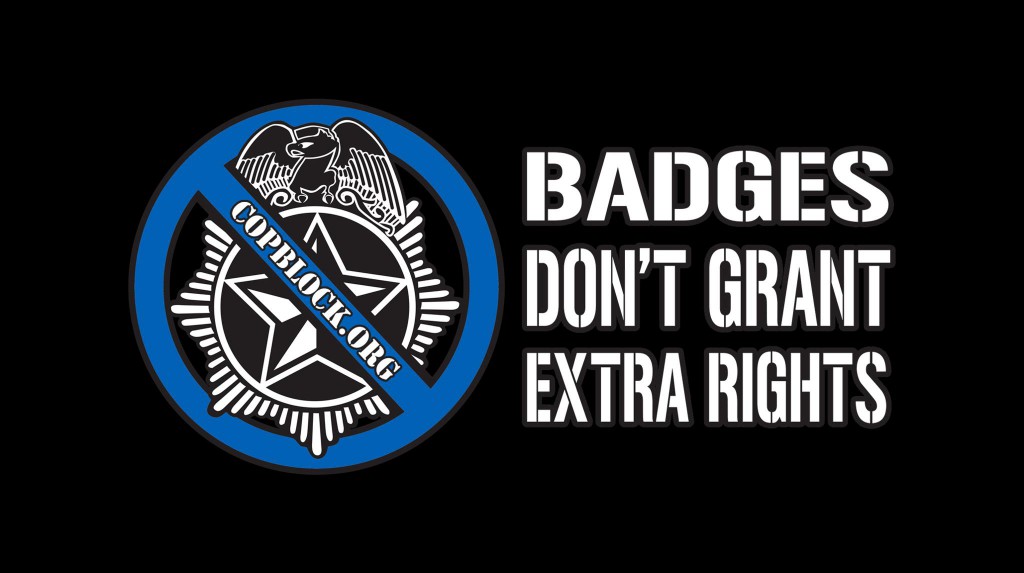 Chris Hoover was probably just trying to get some weekly shopping done when suddenly he sees two police officers attacking a man. He takes out his camera to record the interaction as police tase a man who reportedly shoplifted. Nothing too unusual here thus far, well other than the police arresting someone for a crime that actually has a victim (yet, the system won’t make that victim whole and will only cost the ‘law abiding citizen more in taxes), that is until the one of the Lakeside Police Employees demands the camera as evidence saying, “I want that Camera, it’s evidence.”

That’s when Chris found himself in handcuffs for filming in public space. Now maybe some people are saying that the police SHOULD have that footage for evidence. Well, couldn’t they simply ask Chris to email them a copy of it? What does it say about the police officers mentality when you see video, after video, of officers reacting with demands, orders and ultimatums in lieu of simply asking. Maybe at, “Sir, I seen you were filming. Do you think I could get a copy of that footage for court?”

Nope, that would mean that the officer actually wanted the video in the first place but he didn’t. It wasn’t about the video being evidence to convict the shoplifter, or prove he was resisting. It was an angry, intimidating reaction to Chris’s bravery to film the cops in their public duty. This Lakeside Police Officer wanted to deter this kind of behavior in his turf.

Well congratulations Lakeside PD, your attempt to discourage people from taking sure brave actions has lead to more people hearing about your cowardly actions. Soon you won’t be able to go anywhere without being filmed… what a great day that will be.