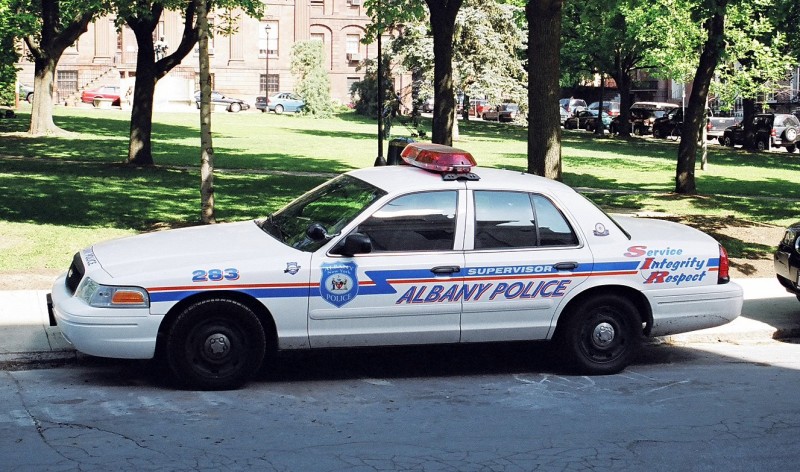 *Originally posted at BenSwan.com by Annabelle Bamforth and received via the Cop Block submission page* Date of Incident: June 18th, 2014
Individuals Involved: Detectives Scott Gavigan and Anthony Scalise and Sgt. Richard Gorleski
Outfit: Albany (NY) Police Department
Phone: (518) 462-8017
Facebook Page: Albany Police Dept. on Facebook
Twitter Account: Albany Police Dept. on Twitter
Area Cop Block Affiliate: There are numerous Cop Block groups within New York (see the bottom of this post for a list of all known Cop Block affiliates within the state of New York). In addition, if you live outside New York, you can find the appropriate affiliate in your area by consulting the Cop Block Groups page or Start a Group yourself if there isn’t one already in your area.

Albany, NY– An Albany man who was arrested last summer for allegedly selling crack cocaine to a police informant in 2013 has accused detectives of stealing thousands of dollars in cash from his apartment in a warrantless search.

Joshua Horne, 37, was arrested on a sealed indictment on June 18th, 2014 near an apartment building where he was living. Before Horne was transported to booking, detectives seized his wallet and keys. According to the Albany Times Union, surveillance footage showed detectives using Horne’s keys to try several doors on the block trying to find a building that would be unlocked by the keys. Once the door matching Horne’s key was found, a separate surveillance video showed a detective using one of Horne’s keys to open his mailbox. After the detectives checked Horne’s mail, they entered his apartment and were reportedly inside for about 20 minutes. The police did not have a warrant to search Horne’s apartment.

A piece of one of the surveillance videos released by the Times Union shows three investigators entering Horne’s apartment and exiting with a shoebox. Horne claimed that the shoebox contained $3,300 in cash.

Detectives Scott Gavigan and Anthony Scalise and Sgt. Richard Gorleski denied there was any cash and reported that the box contained crack cocaine and marijuana. According to the Times Union, police records revealed that the detectives had violated department policy in seizing the drugs and failing to photograph and properly document the evidence. A police report showed drugs being listed, but not the shoebox itself, and the report did not include a location where the drugs were collected. Police never charged Horne with possession of the drugs.

“There are procedural issues because they didn’t seize this as evidence and they chose to do the computerized property report with missing information,” Albany Police Chief Steven Krokoff said. “They’ve all received refresher training on what the (criminal procedure law) dictates in terms of search warrants, and leaving receipts at the location of searches. It’s also time for us to refresh everybody on the current policies and procedures.”

Gavigan testified in a separate case two weeks ago that Horne was not charged with drug possession because of the “lack of the warrant.” Gavigan also testified that he and the other detectives entered Horne’s residence out of concern that there may have been an injured person inside, and that Horne was “sweating profusely” when his apartment door was unlocked. None of the video footage shows Horne anywhere near the apartment during the search; Coleman said that Horne was being transported to booking while the search was taking place and that Gavigan’s testimony is false.