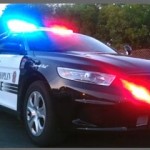 Deidra Ritchhart, Founder of SW MO Cop Block, shared the content below, detailing the “service” she recently received from a member of the Joplin (MO) Police Department, via the Cop Block Submissions page. Individual Involved: Officer Haines Badge# 4881
Outfit Involved: Joplin Police Department – Joplin, Missouri
File a Complaint: “Complaint Against an Officer” procedures
Internal Affairs: (417) 623-3131 ext. 465
Phone: (417) 623-3131 ext. 402
Email: “Contact Us” page
Facebook Page: Joplin (MO) Police Department on FaceBook
Twitter Account: Joplin (MO) Police Department on Twitter
Area Cop Block Affiliate: If you live in the Joplin, MO area, you can help advocate for police accountability and your neighbor’s rights by connecting with SW MO Cop Block, via their Facebook page. Also, if you live outside Joplin, you can find the appropriate affiliate in your area by consulting the Cop Block Groups page or by Starting a Local Group. In addition, a listing of all known, active Cop Block affiliates within the state of Missouri has been included at the bottom of this post.

My route involved me driving down Main Street late at night (about 1am). I didn’t normally think too much about the police being out, particularly VERY early in the morning, just to make illegal stops and talk with strangers in nice cars. But, I guess here, that’s what their job requires nowadays.

As I approach the next block, there’s another stoplight with two flashing yellow stop lights. I stopped at this intersection to be very cautious with, ya know…. Two cop cars surrounding the area. I then continued on through, and, what do you know?… The cop that is behind me PULLS ME OVER!!!!

I remained very calm as I pulled over on the side of the road between 4th and 7th street. The officer then came to my window and told me the reason that he was stopping me is because I stopped at the flashing yellow stop lights. He explains that I don’t have to stop there. I can go through those. I then look at him very oddly and asked him, “So it’s against the law for me to stop at a yield sign??”

When I asked this officer that question, he then began to state that when I approached the other traffic stop, I was over the yellow line when I switched to the oncoming lane….Get this…. He then pulls out his flashlight, shines it in my face and asks, “Have you had anything to drink or anything like that?”

This officer had a poor excuse to pull me over, PLUS he made excuses after he told me his reasoning for doing so. I did nothing wrong; had broken NO laws. AND YET….He demanded that I give him my driver’s license and insurance when I hadn’t actually broken any laws. Stopping at a flashing yellow stop light is not illegal, if you believe there are other cars or motorists around. And the courteous thing to do, if you see a traffic stop, is to switch lanes.

I believe that I was illegally pulled over. I wasn’t given any citation, but just a warning. I shouldn’t have to provide my ID or insurance for a friendly driving lesson. It’s a shame that this has to occur on very cold, snowy peaceful nights…The Midwest at it’s very best!