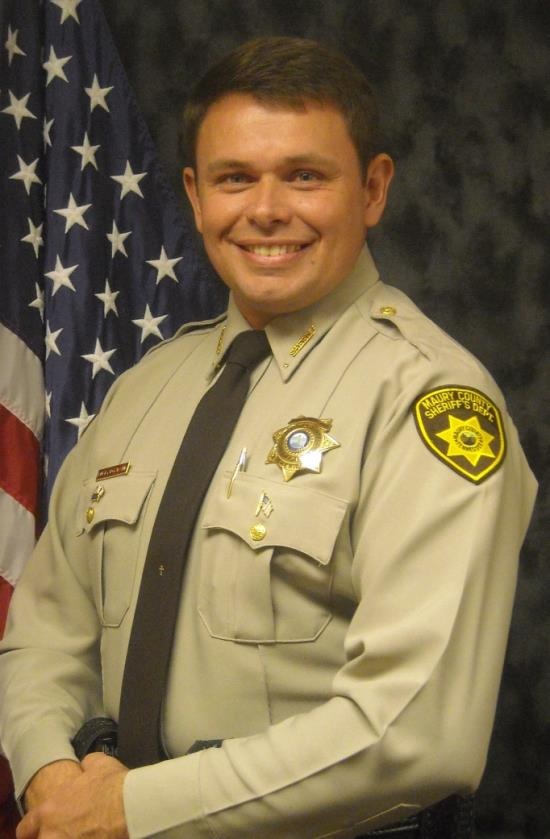 Grant Shields shared the content below, regarding a case in which Bob Zadan, of the Maury County Sheriff’s Dept. (TN) Drug Task Force and an unnamed member of the Tenn. Dept. of Children’s Services stole from them and later kidnapped their child after they were accused of “committing” a victimless crime, via the Cop Block Submissions page. Mitchell Shields, Sarah Feron and their son Logan were a great family. Both were great parents. Worked hard and went to community college to better their lives that much more. That is until tragedy struck in their small town lives.

On  Feb. 5, 2015, the Maury County Sheriff’s Dept. Drug Task Force, obtained a warrant to search Ms. Tonya Feron’s home, in which Mitchell shields and his family were living. That warrant was actually obtained based on false information. The information for the warrant came from a phone call between Mitchell Shields and his friend Bill, who is in prison near Memphis Tennessee. In the conversation, Bill spoke hypothetically about having Mitchell give somebody marijuana to sneak into the jail for him. Mitchell obviously said no. The cops must have been thinking they were talking in code. And took this information to Maury county so they could get a search warrant for the house, in which Mitchell and his family lived in, in hopes to find a large amount of marijuana. They tore the house up to find nothing but personal hallucinogenic mushrooms, personal dabs, and personal marijuana. No more than 20g of marijuana was found, which isn’t what the warrant was for.

This upset the DTF (Drug Task Force) agent in charge, Bob Zadan, and he filed charges against everybody for the mushrooms and marijuana, as well as made up charges like the manufacturing and distribution of BHO, even though only a small amount of BHO was found in the house. They based this off of Mitchell owning two very small bottles of unrefined butane for lighter refills and dab wizard containers. Logan, their son, went home with George Shields, his grandfather. Mitchell and his family thought this was the end of it and they would just fight it and have the charges dropped.

In reality, it was just the beginning. On Feb 20 2015, the Maury County Sheriff’s Dept. DTF showed up at Ms. Tonya Feron’s house again, but this time with no warrant. They showed up with Sarah’s probation officer for a “routine” home check. Agent Zadan orchestrated the entire ordeal intentionally in order to steal their son. They brought an agent with them from the Tennessee Dept. of Children’s Services. After they showed up, they destroyed Sarah and Mitchell’s room, and stole almost $6,000 from George Shields’ lock box that he had taken out of his jeep to keep with Sarah in her room, in case she needed it. They even stole George’s pistol that he let Sarah hold onto, which she is legally allowed to own, and illegally searched his truck that was in the yard without his permission.

They found nothing besides George’s money and pistol in the house, but they still re-arrested Sarah and her mother saying they had a warrant for Ms. Tonya and Sarah. While Sarah attempted to inform her mother of her rights another agent told her to shut up and stop playing lawyer. When Sarah went to call George so he could get Logan (protocol is to give the child to the next of kin), agent Zadan snatched her phone and not one officer or agent would call George for her. They took Ms. Tonya and Sarah to the jail. Ms. Tonya was interrogated for three hours and waited even longer to be booked, because there was no such arrest warrant for her. They had to get an arrest warrant while at the jail, so they could hold her. The initial arrest was illegal. They also stole both Sarah’s cell phones and Tonyas cell phone, neither of which are logged into evidence. They did this just so Ms. Tonya could not take Logan home. Logan is now in the hands of a foster family and his parents aren’t even allowed to see him.

If you live outside Tennessee, you can find the appropriate affiliate in your area by consulting the Cop Block Groups page or by Starting a Local Group.