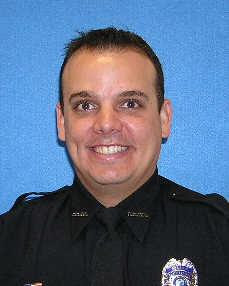 The video and text post below was submitted via the CopBlock.org submission tab. My son and I were pulled over recently and it didn’t go so smoothly. I recognized the cop from somewhere. Within seconds he was asking me to step out of the car when I confirmed that I did have a firearm. When I asked why, he said it was to secure my firearm. I told him I would not be stepping out and that I do not consent to searches and seizure of my property. His reaction (facial expression, body language and calling for backup) caused me to roll my window up as I requested a supervisor and I began recording.

I found out later where I knew the officer from. I followed the story of him and a fellow officer who were caught by a Geico Insurance recorded phone call attacking and framing and elderly lady for crimes she did not commit.  See video below.

[Editors Note]
Aside from the scary fact that this “Fernandez” still has his job, the other interesting part of this video is when William Reed arrives and states, “Why do you feel the necessity to record?” And then says he finds it to be odd, really? Do you know what I find odd, William, is when you said “when you don’t provide it and put the camera in our face; [and] he’s trying to give you a ticket, it just adds to a situation I think that reenforces your belief that we’re living in a police state.” Like, “hey buddy, if you’re going to be an asshole, we’re going to be an asshole too.” If the goal of this guy was to prove that we’re living in a police state, then I think he succeed. After all, this guy was just ticketed for NOT having insurance (though it sounds like he does).

At least he didn’t have to get searched, give up his gun, and have his child tormented any further. Not sure which, the gun or camera, did the job (probably a combo of that and the man’s ability to stay calm), but these cops were officially, COPBLOCKED!