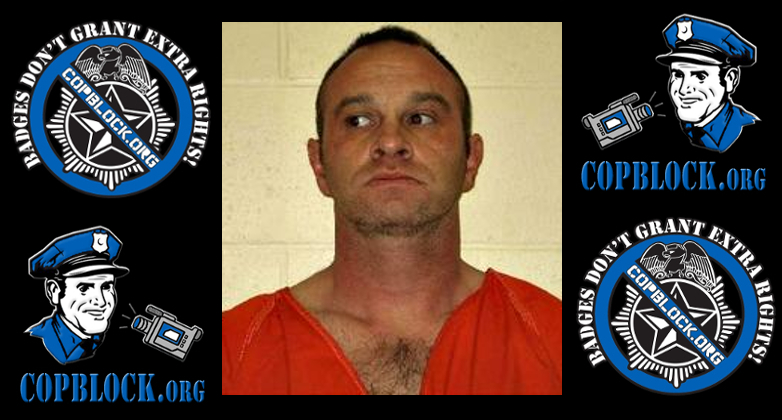 This was originally posted at “the Daily American.” Additional coverage of Chief Brown’s drunken, violent incidents and efforts to gain extra rights with his shiny badge (and gun) can be found here, here, and here, The video embedded below is courtesy of “KFVS 12,” a Southern Illinois CBS affiliate. Any time you come across (or are involved in) stories of police misconduct and/or corruption, such as these, you can submit them to Cop Block, via the submission page.

Orient Police Chief Joseph L. Brown, 39, of Herrin was taken into custody by Franklin County Sheriff’s deputies around 1:20 p.m. Monday, February 23, 2015, in response to reports the office received from both the American Legion and Elsie’s Tavern in Orient.

“Sheriff’s deputies responded to a complaint at Phillip Whiteside American Legion Post 1961 at 10:22 p.m. and were told by club employees and patrons that Brown, who had already left the area, had come to the club in an intoxicated state, made threats and brandished a handgun, ” said Sheriff Don Jones.

Before Brown made his way to the American Legion he first stopped by Elsie’s Tavern — just steps from the Legion — where witnesses say he pulled his gun and badge, making threats against another’s life.

According to an update posted on February 25, Chief Brown, who has since posted bail and been released was angry that the management at the bars refused to serve him any more alcohol when he pulled out his gun and began threatening people there. As of right now, he is facing felony charges of intimidation and official misconduct.

Read the rest of the original article here and the update here at the “Daily American.”

In addition, if you live outside Illinois, you can find the appropriate affiliate in your area by consulting the Cop Block Groups page or, if there isn’t one yet, you can Start a Local Group.