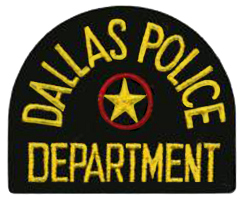 *This post, which is a follow up (or rebuttal) to a previous story about her posted back on Feb. 23, 2011, was submitted via CopBlock.org’s submission tab*

I was an outstanding officer for over 6 years, I had over 800 arrests under my belt, 23 commendations, 3 certificates of merit. I did receive one citizen complaint, but it was not sustained. So with all that activity I had zero disciplinary action. I did everything I could to be hardworking, fair and just and to truly serve the citizens of Dallas.

In February of 2011 I was on steroids for pneumonia and Dallas Police Department (DPD) violated state labor law by forcing me to work 36 hours in 3 days with no sleep between day 2 and 3. The illness, steroids and sleep deprivation formed the ‘perfect storm’ and I suffered a severe manic state as a result. Having no history of mental illness, I did not realize what was going on. On Wednesday, February 9th I went to the Medical Center of Plano to have my knee x-rayed (I had fractured it when I fell on the ice, on duty). My admitting blood pressure was 168/104. I told them my BP was never that high and something was seriously wrong. They stuck me in a room for 2 1/2 hours with absolutely no treatment. I can only assume that they thought I was trying to get drugs – they did not know I was a police officer.

I was sitting on a gurney, in nothing but a hospital gown and panties, when a Lt from department called me. I began screaming on the phone – let me remind you that I was in a severe manic state – but I remained seated on the gurney and was not a danger to myself or others. Richard Kersul, a male EMT that was a foot taller and 200 lbs heavier than me came charging in screaming at me. I told him to get out, my friend Matt physically placed himself between us and told Mr. Kersul to get out. He shoved past Matt, tackled me off the bed and began choking me. For the next several minutes I desperately tried to get away from this man and prevent further assault.

DPD arrived at the scene. I was NEVER diagnosed or treated by the ER. DPD knew that something was seriously wrong with me and that I had not been treated at all by medical staff. They escorted me home and left me for 7 DAYS. The evening after being assaulted, full blown PTSD set in. I could tell something was seriously wrong, but had no idea what. I called my Lt almost every day afterwards, begging for help. During this 7 day period was when I got on Facebook and had a 10 page conversation with 2 friends about being attacked in the ER. Finally, after 7 days DPD staff took me to Green Oaks – a mental hospital. Where I was compliant and attended daily for over a month.

I am currently on disability for severe PTSD and a severe Anxiety Disorder as a result of this incident. I am also diagnosed as severely bipolar I, but am asymptomatic other than that one manic episode 4 years ago. DPD broke the law and several of their own rules. The Emergency Room of Plano broke the law and their staff assaulted a patient. Plano PD wouldn’t listen to me or my witness and conveniently ‘lost’ the security footage from the ER that day. Attached is a letter from the Texas Department of Health, who did an investigation into the incident, and confirmed my complaints. I have pages of other documentation proving everything I am telling you today.

It pains me deeply that anyone who does an internet search on my name will see the cherry-picked Dallas Morning News articles and all the resulting reposts, such as the one on this site. I have no way to prove it, but there’s no doubt in my mind that someone on DPD had the article printed about me in order to discredit me and deflect any attention off their own criminal actions. While everything in the original article was true, there is definitely such a thing as lie by omission and there is a LOT of my story that was left out. Please help me clear my name and put the blame back where it belongs – a criminal, negligent, corrupt Police Department. Negligent and criminal treatment of a patient seeking medical help. And an entire system- from DPD Internal Affairs to the City Manager’s Office to the Plano PD that turned a blind eye to abusive, negligent and even criminal behavior against a good person who was suffering from a mental illness crisis.

It seems I can only attach one document, but I will be happy to provide any evidence you want to see confirming my story. I’m not violent, I’ve never assaulted anyone in my life, and it pains me deeply that I was painted to be such a person. I’m not racist and never have been. The reporter picked a Dave Chappelle quote off my Facebook and attributed it to me. They also took a meme that someone else had posted- that was making fun of racist cops- and conveniently omitted the fact that I wasn’t the one who posted it and the caption that went with it. Please help me clear my name.
– Cathryn Lafitte

After a quick google search I found the following stories on Cathryn:

– Cop Fired For Posting About Her “Jerry Springer – Style” Brawl on Facebook..