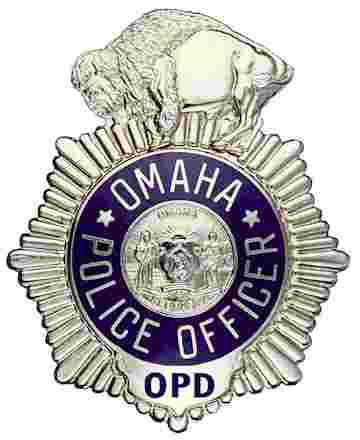 Alvin Lugod has been a police employee of the Omaha (NE) Police Department (on Facebook here) for six years. In that time, he’s killed two people while wearing a police uniform. Jermaine Lucas seemed to be in the wrong place at the wrong time when Lugod and his partner – Joseph Koenig – claimed to have heard gun shots while on patrol September 17, 2012. That lead them to Jermaine who happened to drop a gun out of his pants as the police duo approached him, so they shot and killed him. Of course the officers claim he lunged for the gun but I’d be willing to bet Jermiane was attempting to make a run for it.

Jermaine was on a on a two-day furlough to visit with family from the Lincoln Correctional Center. Yes, he was an inmate who was doing time for a violent crime and it was illegal for him to have the gun in the first place, so he was ‘breaking the law.” This is exactly why it makes no sense to me that he’d reach for the gun, doing so has obvious consequences, but running makes perfect sense. Of course, the officers claims of hearing gun shots couldn’t be pinned on Jermaine as the police couldn’t determine if the gun he dropped was recently fired or not. In fact, the two officers are the only ones who witnessed the gun fall from Jermaine’s pants. Let’s state the obvious, this wouldn’t be the first time cops have planted a gun on someone after they shot them. It should also be noted that 31 seconds passed from the time the officers claimed to have heard gunshots to the time their own guns fired shots. Just 31 seconds!

Let that sink in for a minute.

This past Tuesday February , Alvin Lugod was involved in another shooting that ended with another death. Daniel Elroy was the second person Lugod killed and, like Jermaine’s case, leaves many unanswered questions because both the people who could contest Lugod’s claims are dead. Nevertheless the police claim Elroy had recently robbed a nearby store (sound familiar?) but there was no gun found in his possession (or any evidence he committed the robbery). Lugod claims that Elroy wasn’t following orders (to put his hands in the air), that he climbed onto the hood of a car and his actions were threatening to officers – that’s when he shot him multiple times. Amanda Elroy, Daniel’s wife, disputes the claims by Lugod and other police, she says, “He [Daniel] said, ‘I am unarmed’ and he threw his hands up. If a person does that, ya know, an officer should not shoot to kill.” If you listen to the video above where you can hear Lugod say, “You’re going to get shot. Get down on the ground now!” It’s clear that Lugod is yelling and nervous during the situation. Is it possible that he didn’t hear Daniel say he’s unarmed? Did he mistake Daniel’s motion with his hands?  Maybe, but he probably also reacted too quickly, as it seems he did when he encountered Jermaine.

What we have here is another case of a police officer who has blood on his hands. He learned with Jermaine that it’s better to shoot first and ask questions later. His experience in 2012 probably lead him to make the decision to shoot Daniel much easier. This officer is clearly fast on the trigger and the system is to blame for it. The system protects officers who are involved in shootings by backing their bullshit stories, failing to properly investigate and treating the killer cop to a paid vacations instead of public scrutiny. This is what a police state looks like.

Consider dropping this outfit a Facebook message or phone call to let them know you don’t appreciate them protecting killer cops.