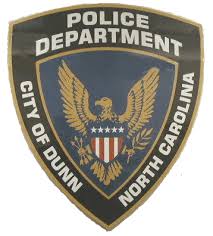 My boyfriend and I moved to Dunn, NC from Bethlehem, PA. Had we known what we were getting into, we’d have run screaming the other way. We’ve been here a little over a year, and I’ve yet to hear ANYONE say anything good about this police department (well, except the cops themselves). I’m not anti-cop, in fact, I used to be one, but this department is running amuck and the sad part is, nobody seems to care.

Two months after we moved in, my boyfriend was arrested for a DUI and the officers refused him medical care that night – the case still hasn’t gone to court. He has a cardiac history and was complaining of chest pain, as well as shortness of breath. The ambulance was at our house, but the police sent them back to quarters – they never came in our home. I know people sometimes fake illness to not go to jail, but you can’t play with someone’s life. Cops are NOT medics, and you can’t just decide if someone’s having a heart attack- that requires a 12 lead EKG, and blood work.

Second incident: I call the police because my boyfriend’s suicidal (he’s got bipolar disorder) and six cars come screaming up to our house. All with guns drawn to go barrel-assing into our dark backyard. Not trusting them, I go around the other side, and I watch them screaming at him to get down on the ground. He COMPLIED and they proceeded to hit him with stun guns 7 or 8 times anyway (see pic of tazer prongs). Then the cop that took him to the ER, hit him again for simply refusing to let them draw blood (he’s terrified of needles). I have two witnesses that were in the room. I’ve been keeping a journal of all our interactions with these asses, their abuse of authority and deciding when they’ll enforce the law.

Some months ago, I had to call for police assistance. Didn’t want to, but I was in danger, as my boyfriend got psychotic, and attacked me. When they arrived, they said they needed my boyfriend to come outside to talk to them. He refused, naturally, and the Sgt. told me there was nothing they could do, and they just left. Just about a week ago, my boyfriend flipped out again. I called for a mobile crisis team – instead they send Dunn police to the rescue. I can handle myself pretty well, thank you, but I’ve been trying everything to get him some help – without the police killing him. The stun gun night I could hear him pleading that he’s got a bad heart, and to please not do that to him. Stun guns/tasers have been documented as the cause of death in people with healthy hearts. Anyway, they send the cavalry again – I was expecting SWAT, dogs, and a chopper, too.

I met them on my porch and told them I needed a mental health professional, not the Keystone Cops. These cops are SO rude and arrogant towards me – but I can be just as big an ass when the moment calls for it. This time, as usual, the rules changed. I said he was threatening suicide, but I didn’t want them there, as I don’t want him getting electrocuted again. Of course, they denied that incident and said his time they WEREN’T going to leave unless they spoke to my boyfriend. We have a window in our living room door, so I went in, closed the door, and was speaking to them through the door. I told them I did not want them on my property, and I would not let them in my house. So they threatened to break down the door, shoot my dogs, and arrest me. REALLY???

They kept insisting I open the door, and I kept insisting that I didn’t have to. If you think about it, if anything had happened to my boyfriend, I would have been the negligent one, not them. He’d been drinking. So, I figured I’d wait for him to pass out, then have him taken via ambulance to the hospital. And that’s precisely what I did – interesting development, though- instead of Dunn police, they sent the deputy sheriffs. I think they hate me so much because they try to outsmart me, but they can’t. I’ve studied the general statutes of North Carolina, I’ve been a cop, and I’ve learned even more from CopBlock! I have been ORDERED out of town hall by a police captain – for asking a question; the police chief knew exactly who I was when I delivered a complaint letter about them not taking him to an ER for chest pain. I’d never laid eyes on this man, and yet he knew who I was, and why I was there. Of course, he handed the complaint right back to me, refusing to even read it. That action spoke volumes to me.

I could go on and on, but suffice to say that I am on a mission to expose this extremely dirty department. I regret that I did not capture last weekend’s events on video – I grabbed my phone, but it needed to be charged. Oh – one of their other favorite ways to harass us is every time they drive past our house, they either slow to a crawl, or they stop completely, checking everything out. Never have seen them do this at anyone else’s house. Next time I’m going to ask if they’re looking for something, perhaps I can help them find it! We’re stuck here for now- financial & logistical problems – but if I ever get out of this horrible town, I’ll never look back. The police will probably throw us a going away party……( I’ve had the town manager, and three cops so far tell me they wish we’d move).

This story highlights the fact that police are trained to respond to encounters with force first and foremost, they have little training dealing with anyone who needs medical attention. This has been highlighted over and over as stories of police abuse of handicapped people have crossed the pages here at CopBlock far too many times; from the hearing impaired, autistic children or this story above. The police have little patience or tolerance for such cases.

It’s sad that Stephanie has to worry about the police killing her boyfriend if she reaches out to them for help. I hope in the future that she can utilize her phone to record these encounters, not only to share here, but to keep the cops who claim to provide assistance in line when interacting with her boyfriend.