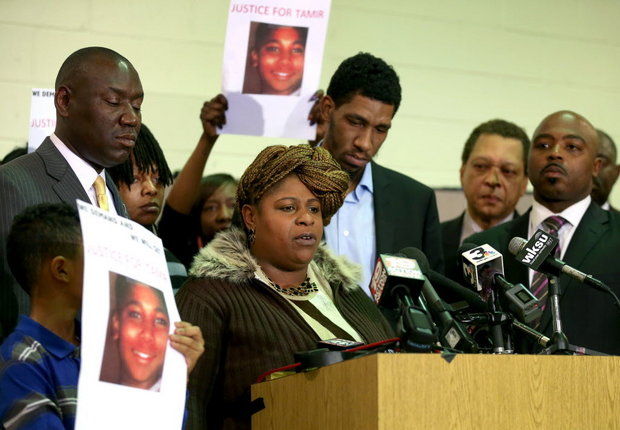 “The City of Cleveland on Friday responded to a lawsuit filed by the family of Tamir Rice with several defenses, including that the 12-year-old died and his family members suffered because of their own actions.”

This is such an insult for the city of Cleveland, to continue to bash the victims of the brutality, their police department rei

gns down on the people of Cleveland. To try to blame the 12 year old child for his own death in light of the DOJ report earlier this year is ludicrous.

Anyone who read the DOJ report, read about the rampant abuse over the last 10 years. Anyone who has lived it though,  knows first hand how diabolical, and malicious the Cleveland Police can be at times. We also know how the Cleveland police union and the city of Cleveland protects the police. Including the killers! Six hundred and some odd cases of abuse documented by the DOJ, and the city will tell you it’s all bullshit! Like the Justice Department had nothing better to do than to smear the Cleveland Police’s reputation, right? Even if the Justice Department is only half right about it. That is still three hundred some odd cases to explain. Cleveland has taken the position that NOT ONE is true!

I don’t know about you, but I find that a hard pill to swallow. Probability alone says at least one has to be true!

Speaking of tough pills to swallow, here is the video Timothy Loehmann and Frank Garmback, of the Cleveland Police Dept. shooting Tamir Rice within seconds of arriving, then knocking down, handcuffing, and interrogating his sister when she came running, after having seen her brother shot dead.