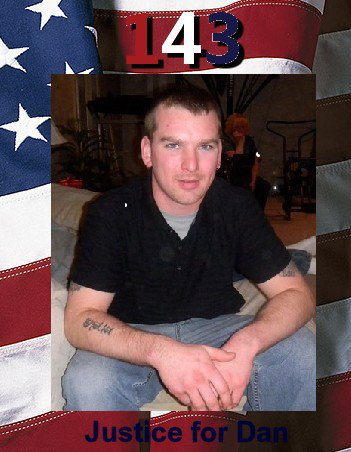 The Content below was received via the CopBlock.org submission page.

Daniel Joseph Ficker was born on March 16, 1984 in Cleveland, Ohio.  On July 4, 2011, he died in Cleveland, Ohio.  He was 27 years old and much too young to die.  Daniel was a wonderful and loving son, grandson, brother, fiance, and father of two beautiful children. His life was taken way to early by on-duty Cleveland Police Officer Matthew Craska. Craska was accompanied by fellow Cleveland Police officer Dave Mindek, who was related to Daniel Ficker’s girlfriend, Tiffany Urbach.

Early that day, Daniel, with his girlfriend and two kids, visited Tiffany’s cousin Kim Mindek, who was married to Officer Dave Mindek, for a BBQ at the Mindeks home. Officer Mindek was not home at the time of the party. Dan and Tiffany left the party around 5:00 pm and took the children to Tiffany’s moms house for a sleep over. After leaving there, they went to a local bar until around 12:00 pm.

Upon returning home, they found a Cleveland police cruiser belonging to officer Craska, parked next to the house on the street. Inside the cruiser were Officers  Mindek and Craska, who were out of jurisdictional boundaries for the Cleveland Police Department. Daniel and Tiffany got out of their vehicle and were quickly confronted by both officers about some stolen jewelry taken from Officer Mindek’s home. Daniel denied knowing anything as did Tiffany, who then gave them permission to search them and the car. After a minute of arguing, Daniel and Tiffany tried to enter their home knowing this was not a official visit and Tiffany dropped her purse on the ground. As she attempted to pick it up, Craska grabbed Daniel by the arm and slammed him against his cruiser, with Mindek’s help. Daniel began to scream for help, in hopes that a neighbor would hear him, and Tiffany quickly called the Parma police. A struggle broke out and officers used excessive force to try and detain Daniel, whose autopsy showed he had 30 fresh bruises.

Officer Craska, during the struggle, pulled out his gun and fired one round into Daniel’s left side lung. Daniel fell to the ground and Tiffany ran to his aid, but there was nothing she could do. Parma police quickly showed up, while Officer Craska still had his gun out and aimed at the ground. Daniel then was put into handcuffs and taken to a near by hospital, but would never recover from his wound and died at 1:40 pm.

Since the shooting, the officers have not been charged but the family is fighting back and filed a lawsuit against the department and officers.

Greater Cleveland Cop Block is raising money for the family. You can donate here.