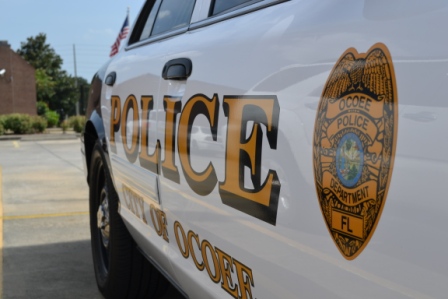 Why should you record each and every interaction with police? Accountability comes with flexing your rights no matter how emotional a cop gets while “on the job”. Police overreach and tactical fear-mongering for the sake of extorting money from non-violent individuals minding their own business is an every day occurrence most of us have experienced. If we all choose to demand our natural rights and stand strong on them,regardless of the circumstance,the more peaceful our streets will become. “On Sunday January 04, 2015 at approximately 1500 hours I was traveling west on West Colonial in Ocoee, FL. I was obeying the speed limit along with all laws. I was then pulled over by Deputy Matt Bishop – badge # 4925 and ID # 332B. Deputy Bishop approached my vehicle and asked for my driver’s license. Bewildered as to why I was stopped and pulled over by the deputy I politely asked the reason for the traffic stop. Deputy Bishop refused to give me a reason and then demanded that I give him my driver’s license. I then tried to explain that I was not in violation of any laws and that I would like an explanation for the traffic stop. Again, Deputy Bishop refused to give me an explanation and again demanded my driver’s license and then threatened to arrest me.

Since Deputy Bishop was irate with me for no reason and continued to threaten me with arrest I became terrified of his bearing. At this time I requested to speak to his supervisor. Deputy Bishop refused to contact a supervisor and became more irate. He then opened my vehicle door and threatened to pull me out of the vehicle and arrest me. Being a single female driving alone his actions petrified me and not knowing what to do I contacted 911 to have a supervisor arrive at the location of the traffic stop. I believe I was within my rights considering the situation to request an explanation. I also believe it was my right to be offered an explanation for the traffic stop when politely asking.
While on the phone with 911 we waited for a supervisor to arrive. Within minutes four deputy vehicle arrived at the scene. I tried to defuse the situation by having another deputy take over the situation which infuriated Deputy Bishop more. The other deputy calmly asked for my license which I complied and gave him my license. Deputy Bishop then informed me that he pulled me over for a suspended license. I did acknowledge that I had pending violations involving a red camera violation and a speeding violation that I am currently working with an attorney to resolve. I however, was not aware of the suspension of my license since I didn’t receive any confirmation stating such. However, I also do realize that I should be aware of my affairs and should not have depended on an attorney to keep me informed of my status with the courts. I also am immediately resolving the issue.
Deputy Bishop proceeded to give me a citation and withheld my driver’s license. I do not dispute the requirement of withholding my driver’s license which is my fault for not staying current on my affairs. However, there was no reason for Deputy Bishop to become aggressive with me. Deputy Bishop decided to randomly run my tag number when I was not violating any laws. Then when I politely asked for an explanation he refused to give me one and threatened to have me arrested just for inquiring about the reason for pulling me over. Deputy Bishop informed me that the entire incident was being recorded.
I am a mild mannered 38 year old female with no history of violent or furious temperament. Other than traffic violations I have no involvement with the law except for a minor record as an 18 year old youth. I have since served in the United States Air Force which I held a security clearance and have been employed with Florida Department of Corrections. I admit that I am not aware of the procedure for traffic stops but, there was no reason for an armed deputy to become aggressive with a single unarmed female for simply asking for an explanation for an unmerited traffic stop.
I believe that Deputy Matt Bishop abused his powers by acting overzealous. He also caused the situation to escalate unnecessarily. I understand that the Sheriff Deputies must follow proper procedure but, I also don’t believe it is proper procedure to act overzealous and aggressive. Deputy Matt Bishop needs further training on dealing with the public along with proper communications skills. I have always believed the Orange County Florida Sheriff’s Department to be professional and an example of what law enforcement in Florida should be.”- Susan Tardiff, Oscee,FL