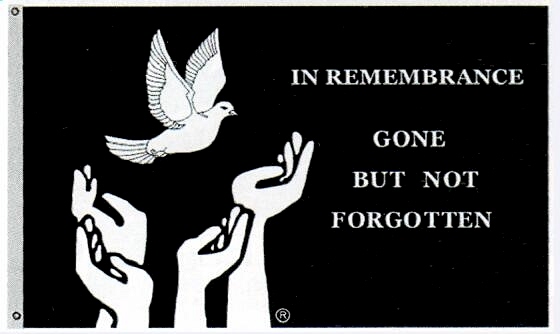 With all the cases we see everyday here at Cop Block. I’d like to address something I see happening. Living in the Greater Cleveland Cop Block area, I have seen a lot over the past year. I have seen the Cleveland Police deny they did anything wrong in the Timothy Russel and Mallissa Williams case, where over 60 officers were reprimanded, nine supervisors were demoted, one of those supervisors was fired, and one officer is on trial for his role in the murder. Officer Brelo is on trial because he jumped on the hood of the car, emptied his gun, and reloaded and emptied it again! But they did nothing wrong.

Not long after we found out that Brelo was going to be indicted, we heard about John Crawford’s and Tanisha Anderson’s murders at the hands of Cleveland and Beaver Creek Police. John Crawford was killed right around the same time as Mike Brown, but the national attention was  focused on Ferguson, Missouri. We here in Ohio, while sympathizing with the Brown case, had our hands full with our own murders. Those of us in Cleveland and the people of Beaver Creek have been peacefully protesting these deaths, while some in Ferguson were rioting. Guess who made the bigger news story? Not to take anything away from the Ferguson case, but Crawford got little “main stream” media attention.

The most tragic case is that of Tanisha Anderson. She was killed 10 days before Tamir Rice was shot in the stomach for playin’ with a toy gun at the Cudell Rec Center, here in Cleveland. Tamir died 2 days later from the gunshot. But, Tanisha’s case would have to wait, and yet again, as the nation focused on the Tamir Rice shooting, largely due to the fact that Tamir was only 12 years old, Tanisha’s story is one that has fallen through the cracks.

Tanisha Anderson was not playing with a toy gun, she wasn’t reaching for a gun, she wasn’t in an altercation with a cop over some law she had broken. She was bipolar and was having a bad day. Her family made the simple (and all too common) mistake of calling the police for help. When they arrived, she was under the impression that she was going for a voluntary psychological evaluation. When the police put handcuffs on her for no reason, she saw it as no longer voluntary and resisted. The police being the control freaks they are, escalated the situation, and slammed Tanisha on the ground, killing her.

To me, these two cases, and even Tamir’s case, showcases the brutality that runs rampant in the ranks of the Cleveland Police Department. They continue to tout the party line, “We didn’t do anything wrong” the many “bad apples” while running around Cleveland like they are above the law. I have seen the attitude of Cleveland police first hand. It is one of contempt for the people they are charged with “protecting and serving”. I have heard story after story from people in Cleveland of interactions with police, where the end is always the same. “They beat my ass” or ” They treated me like a criminal and I hadn’t done anything wrong.”

I myself have video of Cleveland police turning my camera off and treating me like a criminal for questioning a “Driver’s License Checkpoint” on W98th in Cleveland. The fact that I know my rights caused a barrage of ridicule from the many officers attending to the checkpoint. My camera illegally taken and turned off, and then the officer that took it, took it around a corner out of my sight for some reason (i.e. an illegal search). It was then thrown on my hood, when he returned. I have a friend who was downtown enjoying the city night life, when he and his friend were accused of jay walking in a cross walk. Seventeen hours of detainment later, they emerged from the jail with only a ticket for jay walking, that was later dismissed in court.

The point of this article is that, I just want to make sure we don’t forget about some of the other case that might fall through the cracks because of other, higher profile cases. These people’s cases don’t have the connotation of being law breakers when they were killed. Their lives matter. Tanisha Anderson was just having a bad day and did not deserve to die. She was not running from cops, or what ever other reason you may have for dismissing another case as, “O that guy was a career criminal, he deserved to die!” And John Crawford’s only crime was shopping in Walmart for shits sake!