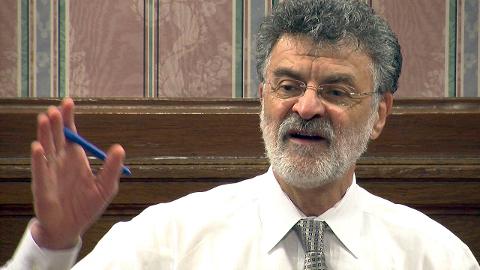 This is an update to a previous post on CopBlock.org, entitled “Cleveland Responds to Tamir Rice Lawsuit by Blaming the Victims.“

Mayor Frank Jackson this morning, apologized for blaming Tamir Rice for his own murder. He began by apologizing  for the insensitivity of the language used:

“In an attempt to protect all of our defenses we used words and we phrased things in such a way that was very insensitive, very insensitive to the tragedy in general, the family and the victim in particular,” Jackson said Monday. “So we are apologizing today as the city of Cleveland to the family of Tamir Rice and to the citizens of the city of Cleveland for our poor use of words and our insensitivity in the use of those words.”

I think he should be apologizing to the Rice family for killing their 12 year old son. The City of Cleveland, according to the Justice Department, has been engaging in a pattern of brutality and excessive force for at least 10 years. Obviously, if the DOJ says 10 years, it’s probably more likely that it’s been going on since its inception.

I have been living here in Cleveland for 15 years, and I can tell you that it’s been that way since I got here. If the Mayor and the city were truly sorry, they would stop trying to cover up and excuse every single act of police abuse they find out about. Every time they shoot someone, they claim the cops were justified. A pattern we see emerging from every department with a fatal shooting under it’s belt. The Las Vegas Metropolitan Police Department has NEVER had an unjustified shooting. Just think about that for a while. In the entire history of the city of Las Vegas, which dates all the way back to 1905. So in over 100 years, Las Vegas police have never made a mistake when killing someone? It is impossible. The law of averages would have to catch up to them at some point, right?

Well Frank, good luck with the backpedaling. I know it hurts your pride! Just like Chief Williams. The chief stated on “60 Minutes” that he is a fighter and he doesn’t give up on things once he starts them! Like when his policies aren’t working, he just keeps going with them cause he’s no quitter! Wake up Cleveland!!