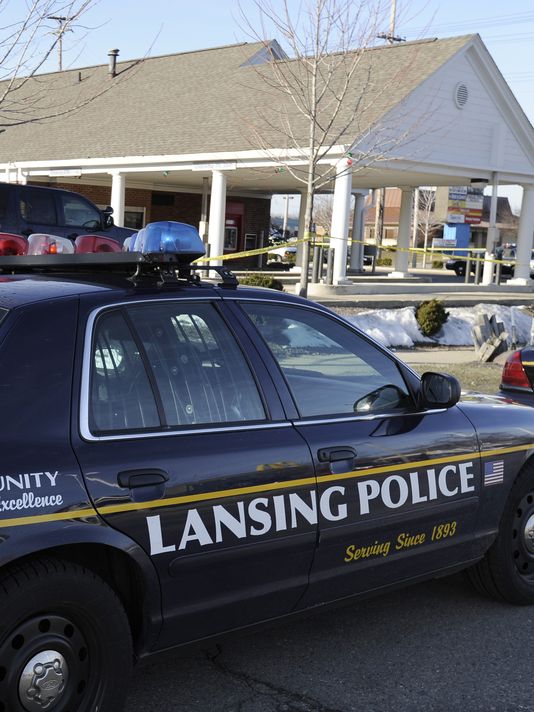 In the early morning hours of March 14, 2011 a teenaged girl named Derrinesha Clay decided, for reasons we may never know, to wander through a window into Lansing Bank of America in Lansing, Michigan. When local police arrived to investigate the scene, they found her hiding in a janitor’s closet. And then, for reasons we may also never fully understand, Officer Brian Rendon shot her twice, killing her.

Recently U.S. District Court Judge Robert Holmes Bell delivered a written opinion allowing a case brought by the girl’s family to go to trial. The original complaint listed both Officer Rendon and the Lansing Police as defendents, but Judge Bell’s ruling is that only the officer who fired the shots will go to trial. That trial was initially set to begin March 9, but an appeal from Rendon’s attorneys has stayed the proceedings.

When officers found Derrinesha hiding in the closet she was clutching a pair of scissors she had picked up in the bank’s offices and shakily repeating that she was sorry. Although officers were able to peacefully get the scissors from her, they claim that she then pulled a knife from her coat. Still on her knees, the officers claim she began slashing out wildly with the knife, which prompted Rendon to fire a shot into her abdomen.

While it still seems entirely unnecessary for a grown man with training and experience to have resolved this conflict with a gunshot, things got worse. According to Rendon, the girl then lunged at him with the knife, at which time he fired a second fatal shot into her head. However, the testimony of the other officers does not bear this out. Of the other two officers, one’s testimony claimed that after the first shot she ‘tensed up’ and ‘fell backwards’; while the other stated in his report that she then ‘slouched over’.

It is because of these discrepancies and the quite obvious observation that, after a shot to the abdomen, a teenaged girl on her knees was unlikely a great enough threat, at that point, to require the second shot, that Judge Bell has ruled that the lawsuit can go to trial. He stated that the evidence could “allow a reasonable jury to conclude that… Rendon’s shot to Ms. Clay’s head was unreasonable because she was on her knees, she had already been shot in the stomach, and she was no longer resisting.”

Derrinesha Clay is being called a ‘troubled teen’ who may have displayed early indications of a bipolar disorder. Although she tested positive for marijuana, there was no evidence of other drug usage found during an autopsy. Whether or not this young lady was troubled will undoubtedly be used by defense attorneys to paint a dangerous picture of her as a way of justifying this homocide. Regardless of her character, community members have rallied together with her family in defense. A group of black pastors teamed up with NAACP officials to publicly question the police narrative and stared grassroots campaigns to bring those questions out into the community.

“There’s been little, if any, justice at all for these folk who are getting killed.” says Detroit-based attorney, Herbert Sanders, who is representing Clay’s mother on her behalf. “I’d like the community to know there’s hope.” Meanwhile, Lansing Police Chief says “This incident was an unfortunate tragedy for everyone involved.” He then goes on to disagree with the judges ruling, claiming that Officer Brendon’s justification in the shooting has already been determined justified by an external MSP investigation and also by Ingham County Prosecutor Stuart Dunnings III.

Given all of the police abuse which has begun coming to national attention, it is likely that the system will begin using this method far more often. Not only are settlements usually much faster, but in doing so they often prevent the crimes of the system from coming to public notice. Derrinesha’s story was unfamiliar to me until recent court proceedings cast light onto the incident. While settlements can often help families and communities to begin healing more quickly, they can also prevent these incidences from gaining enough publicity to inform the public.

Whether or not the young lady had a knife seems completely irrelevant. If you can not subdue a teenaged girl with a kitchen knife who is on her knees, you have no business behind a badge. That statement is about ten times more true after Officer Rendon had already fired the first shot into her abdomen, a point at which, she may still have lived. To cops like Rendon, Derrinesha was just another young black suspect, but to her friends and family she was a beloved human being, and to the rest of us she is a startling reminder of how little our lives mean to cops like Rendon who are becoming all too common.

Share her story to bring awareness, in order that it may help Derrinesha’s family seek justice for her unconscionable murder at the hands of a badge wielding thug, and to help prevent more of this insane police violence and abuse.