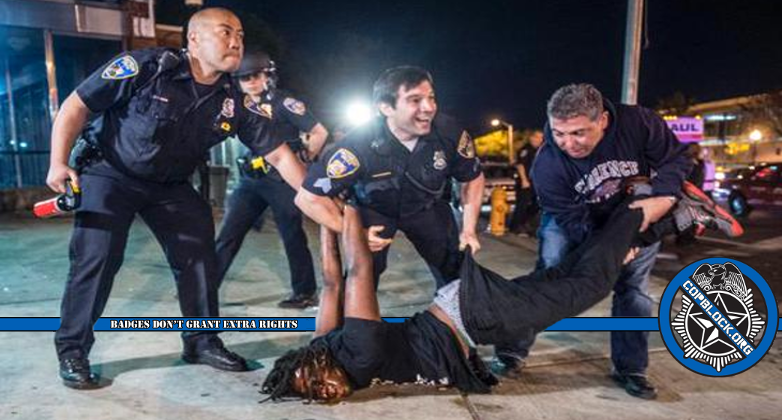 I just moved to Denver, thousands of miles from my cop-critical social support network. With the exception of my partner, I no longer have people around me that will willingly accompany me in watching an endless stream of YouTube videos showing individuals refusing illegal searches at unconstitutional checkpoints, accounts of stop and frisk, or this awesome snake wielding legislation Jedi.

This lack of usual cohorts has led me to not only seek out others to fill the void, but has also led me to be much more aware of others’ perspectives of me, of my views and of my efforts to correct the egregiously fucked world around me. I’ve ultimately appreciated the increased context that this opportunity has afforded me, and I’ve learned a few things.

1. Not everyone sees things the way I do.

Of course, I’ve known this for quite sometime. I’ve long since come to accept my “radical” positions on political systemics, human nature, alternative transportation, and, of course, the corrosive and corruptive power of authority; especially when it’s given to sub-intelligent people that have a history of abusing their power. But, leaving all your Copblocking friends makes one re-realize their place within cultural opinions.

2. …but this is starting to change.

I’ve also had a chance to see a shift in the “average citizen’s” opinions of the police. I’ve noticed a sizable increase in more mainstream accounts of police abuse, outside of radically alternative media outlets, from “This American Life” radio narratives to Funny or Die’s “Cops: Ferguson” or The Daily Show’s poking fun at the FBI’s blatantly insufficient accounting of citizens killed by police. I’ve seen, through my Facebook feed, an anecdotal increase in cop-critical posts, from people that I would not have expected. That sorority girl that I knew in college hates cops now? Awesome.

It’s hard to find solid evidence that people’s views on police brutality are actually shifting, apart from some expensive social research or a superficial Google Trends search on the increased frequency of a search for “police brutality“. Opinions on this issue occupy a wide spectrum. On one side, the “radical” view that all cops are evil, that it’s the occupation that is corrupt, and that “good” cops are simply individuals who have not yet had the opportunity to show their congenital capacity to violate human rights; or have not yet been caught. On the other, one might accept that there are “bad apples” but that most police officers have the best interests of the community in mind. There’s also infinite variations of these perspectives within and around these two extremes. It makes it hard to conceptualize exactly what cop-critical attitudes even are let alone if more people have adopted them.

Lately, I’ve had the opportunity to engage new people in a discourse that occupies a much wider area than within the community that I left when I moved. I’ve had some recent practice in how to talk about my views on the inhumane nature of police without scaring people away from my perspective, as it’s seen as subversive to someone that might just be starting to recognize the nature of the police but are still timid in voicing their opinions.

So, this is my call-to-action fellow Copblockers. Our movement is growing, and out of fear, police sympathizers will paint us as cop hating lunatics. We must all take on the responsibility of correcting that farce and showing others how righteous our philosophy is.

The American public is finally looking at the police and they haven’t been liking what they see. But they’re also looking at us.