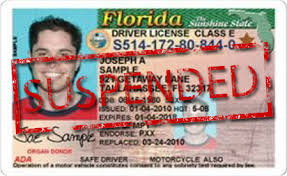 *This post was submitted by Zachary Lee Padgett via CopBlock.org’s Submission tab* In short, I was pulled over January 6th for driving while suspended, I was unaware my license had been suspended because it had just been suspend due to a late payment on previous fines. I called the next morning and got the fines cleared up, license reinstated, I went to court a few weeks later (not sure on the exact date) and explained it to the judge, he sent me out to talk to the district attorney.

The attorney told me if I go to Cedar Rapids drivers license station and get a paper saying my license was valid, then the ticket would be dismissed. I had to bring back the form before noon because that’s when the D.A. leaves for the day. So by this time it’s already 10:30 and it’s about a 40 minute drive, so I get to Cedar Rapids as fast as I can, get the paper, and take it back to the Anamosa courthouse, I get there with 15 minutes to spare but the D.A. has already left for the day. I decide to leave the paper with his assistant, intern or whatever he was, and he says he will deliver the message to the D.A. tomorrow.

I think all my problems are solved. Come to find out, my license is now suspended for nonpayment of Iowa fines. Because they lost my valid license paper and sent the original driving while suspended ticket through. I called the D.A.s office several times in the past few weeks, trying to figure things out, but he’s never in and his assistant always says she will have him call me. Finally he called me back and we set a court date for the 25th of March, and all I have to do is bring another one of those papers saying my license is valid, and I can’t do that because my license isn’t valid due to the ticket they sent through that should have been dismissed. So I made the twenty minute drive to them this morning, early enough that the D.A. might actually still be there. When I got to the second floor the district attorneys office was closed, so I talked to the treasurer’s office, and they said they basically can’t do anything. It seems I have to talk to the D.A. or the clerk of courts, but the D.A.s office is closed. So, I went all the way there for no reason, to accomplish nothing, and find out no new information.

In summary, these people never work, they are never there, they are closed whenever you need them, they never call back, they lose paperwork, and no one knows what they are doing. If a small business got reviews like this, they would be out of business within months, but since it’s law we just have to take it and deal with it? Personally I’m sick of being treated like this by the government. I am at the end of my rope dealing with these people.