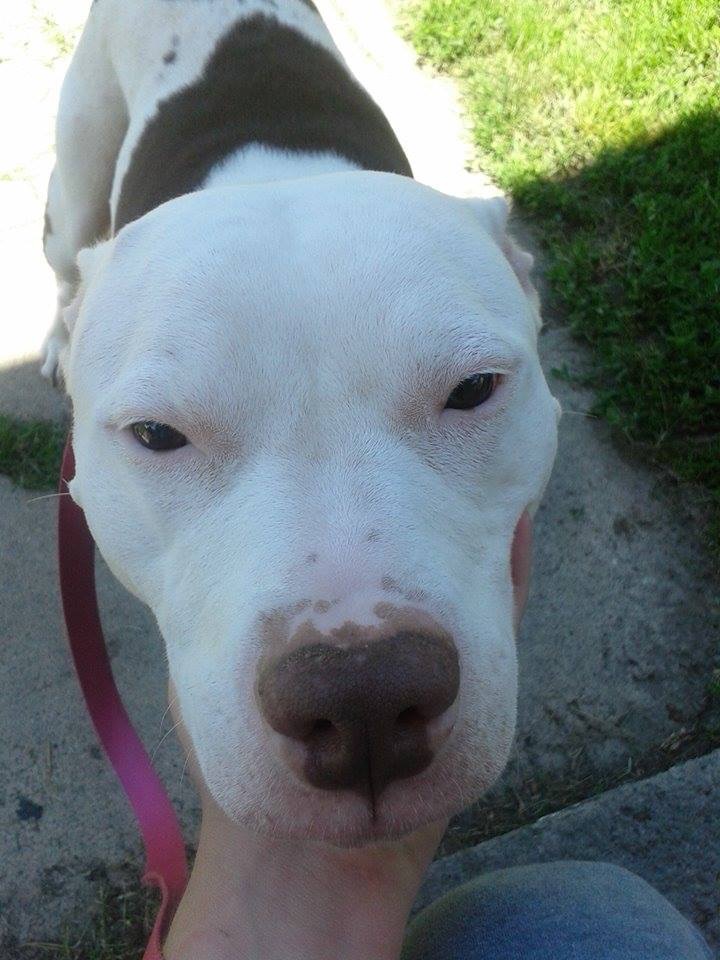 Submitted By Kaycee of Lima-Allen County Cop Block through our submission tab. On March 9, 2015, the Smith Family’s life changed in a split second. Around 9 am, Lima Police, and West Central Ohio Crime Task Force served a search warrant via a “no knock” raid with the Allen County Sheriff’s Swat Team.

According to Alexis Smith, daughter of the homeowner, and victim of this raid, the laundry room window was suddenly shot out, the front door was busted down and a flash grenade deployed. Swat swarmed the home, yelling at James D. Smith to cage his dog while swat held his family at gunpoint, telling them that if they moved they would be shot.

James complied and attempted to cage LuLu, a very loving and friendly dog, when one of the officers kicked the cage and the dog took off running to the bedroom. As an officer took off after the dog, the others grabbed James and began to brutalize him, beating him as he begged them not to kill his dog. Alexis states they then shot the dog which ran, wounded out the broken in door, where neighbors witnessed her being shot at least 3 more times and killed. Although he was already handcuffed and beaten, the police continued to hand out excessive force to James Smith. All the occupants of the home were arrested for being there. The 2 dogs that survived, another pit bull and a cocker spaniel, were taken to the dog warden.

All of this for a little marijuana…A man beaten, a pet dead, a home destroyed, and a family terrorized. Alexis now says that she is so scared that she sleeps with a baseball bat. She states she is more upset about the loss of her beloved LuLu than anything. It is hard to comprehend why a man in full swat gear would fear a dog, especially a dog running FROM them. This outfit not only brutalized and terrified this family…..they took the life of an innocent animal that they loved, in the process.

America is under attack…..