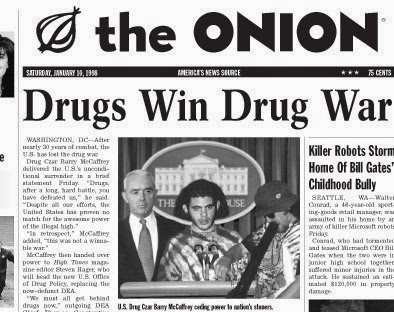 On the night of April 14th 2014, while at work, I was arrested for a crime I did not commit. I was fired from my job as a result of that arrest, and the damages I have suffered are nearly immeasurable. I was never given a chance to face my accuser; the court simply threw my case out. However, throwing my case out has not hit a magical reset button. I now face losing my home, huge financial debt, and emotional scars as a result.

When I was arrested at work, I was in complete shock and disbelief. I cannot express strongly enough, the emotional strain and embarrassment it has brought to me and my family. When the officer told me the crime I was accused of was selling drugs, I immediately knew that a mistake had been made. I tried, to no avail; to explain to the officers that I not only have never sold drugs, but that I don’t do drugs. While being interrogated by the officers, they said they had both audio and video evidence of me selling drugs to an undercover agent/informant. I felt like I was in an episode of The Twilight Zone, it was all just so surreal. They showed me a photo of the informant that looked like she got arrested but ‘tried’ using a photo editor to cover it up.

That “evidence” later turned out to be nothing more than two audio clips, which were of such a bad quality, all you could make out was me discussing DVD’s. There was nothing on the audio tapes to even suggest “drugs”, let alone selling drugs. It also turned out that the undercover agent/informant was nothing more than smoke and mirrors. She never once showed up to any of the court dates. Also, it was well known she was a drug user/pusher at the factory where we were both employed. The only interaction I ever had with her was selling her a tattoo machine and some used DVDs. To be honest her behavior at work made me uncomfortable, and I mostly tried to avoid her.

This was the evidence that the City of Manchester (TN) Police Department used against me, in order to obtain a warrant for my arrest. My question is; if a Judge must approve a warrant based upon reasonable evidence of guilt, how could my case later be thrown out of court? Where was this significant evidence, or reasonable assumption of guilt? Where is the oversight with issuing warrants? People’s lives, including my own, are being ruined carelessly.

I was innocent, they had no evidence against me, yet I was arrested. I’ve lost the job I had been employed at since the age of eighteen. It did not make a difference that the case against me was thrown out and the charges dropped. Even if I could go back to work at my previous place of employment, I would have to start from the beginning. All of my benefits and time earned is lost. I owe lawyers, banks, and family members money. I will now be forced to file for bankruptcy, and possibly lose my home. I owe back child support and have been turned down for unemployment everywhere. It’s hard to find a good job when you have been arrested as a suspected drug dealer; people assume you must be guilty.

Editor’s Note: The negative effects of the drug war go so far, most don’t even realize, and what Joshua described is something I can relate to. I say relate because I was actually selling marijuana and the police nearly ruined my life too. Joshua wasn’t and he lost his job, probably his house and accrued a large debt as a result of being arrested. I had all those things happen to me as well, so it’s ironic – no, scary, that the result of such interaction with police over drugs are the same regardless of the “guilt.” It has to make you wonder, “what the hell is it all for?” In fact, even the police are starting to realize that the effects of the war on drugs – especially those resulting from arrests for marijuana – are starting to make people hate the cops, as posted at CopBlock.org earlier. Hopefully some of those officers will start to speak out and refuse to arrest people for bad laws.