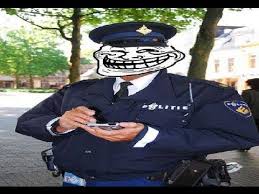 One of the most difficult parts of writing for CopBlock is trying to keep everything straight. At first I skipped over the SDPD information because I thought that I had just finished writing about that story. Then I realized I had just written about the incident with the NYPD, and that this was a similar case that had popped up elsewhere in a very short time. Trying to keep these copycat crimes straight promises to get more difficult as authority begins to unravel through the excesses of its abuse and destruction. I shall march bravely through this stew of deja vu to relate what’s new and true to you. Recent information reveals that at least five different edits to the San Diego Police Department misconduct section have been made since January 2014. The changes made to the entries have been found to have come from two sources. A dispatcher for the department has fully admitted that he was responsible for making edits using his own account at home. His claim is that these edits were made in the interest of correcting what he saw as falsehoods and irrelevant associations. While it is likely that he he fully believes his version of events, the edits made by himself and others replaces information from external sources with personal commentary, a violation of Wikipedia spirit and policy.

The other edits were made by anonymous users, but an investigation revealed the edits were done within SDPD offices and on department computers, which has been verified by the department. Such behavior clearly violates a number of standard and widespread ethical practices. However, when asked if these activities violated any equipment or communications policies, Lt. Scott Wahl sidestepped the question by giving a vague, drawn out answer mostly about Wikipedia’s user policies while avoiding those of his department’s.

“This Wikipedia page in not an SDPD or City sponsored website. The editing of content found on the Wikipedia page regarding the San Diego Police Department is not, nor has it ever been, assigned to any Police Department Personnel. Because Wikipedia is ‘based on a model of openly editable content,’ the department has no control over information displayed on the website, including any edits that may be made by internet users. We appreciate you bringing this to our attention. We will look into it as appropriate.”

The edits included the removal of entire sections about cases of police misconduct; including cases involving the shooting of a suspect, a cover-up of a DUI by an off-duty officer, the suicide of an officer suspected of a recent hit and run and excessive force against an elderly citizen. A man who has been identified as a SDPD dispatcher and goes by the username Daniel Weiss on Wikipedia believes that some of the entries were outright false. In other cases he felt that an entry misrepresented his employer by providing circumstances of individual misconduct, which he somehow thinks is unrelated. The edits he made were generally less alarming than those of the anonymous users, but still attempted to replace externally sourced references with his own interpretation for personal gain. Besides being in violation of Wikipedia policy and general ethics, his actions reflect growing trend of anti-intellectualism and dogma on the free online encyclopedia.

Wikipedia has become vulnerable to the worldview of dogmatic fanatics of many status quo ideologies. One great example is how the adherents of the philosophical ideologies of materialism, naturalism and physicalism have begun to create a Wikipedia policing network to edit entries and articles that do not validate their beliefs. A number of criticisms of Wikipedia and it’s potential for abuse exist and if they cannot solve these problems through rational, transparent methods then it is likely to become an even greater tool of trolling, abuse and propaganda by low level functionaries of the state.

Do you think that cops should have a right to edit online articles about their careers and employers? If so, while on the clock while using police resources? Besides the right, do you think that it is ethical or lends to useful information and critical thinking? Should Wikipedia respond to these and other problems, and how?

As it will undoubtedly be remarked in the comments, CopBlock and it’s writers do not practice the sort of objective information reporting that Wikipedia and other outlets claim to aspire to. While we may not be the greatest arbiters of objectivity and consensus, we do not claim or aspire to any such pretenses. Nor do we hide behind anonymity or attempt to obfuscate our agenda and goals beneath the glittering falsehood of a view from nowhere. Our means and ends are consistent- Use whatever voice you have to shout down tyranny.