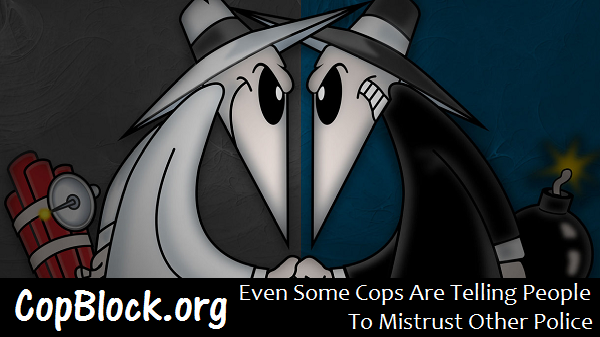 About six years ago I had pretty disturbing run-in with law enforcement and the justice system, which I talk about some in my author profile. During the course of these events, my bicycle was taken into custody and put into police storage. It took a few days before I was willing to go and face those horrifying monsters again in order to get my bike back. When I did walk all the way to the station to get it, I was told that it was ‘actually probably’ in another storage area a mile away and that I should walk there and someone would meet me. It was not accepted policy to have an officer transport me there. I had to walk there and then call them when I arrived. They made it clear they didn’t want to waste even a moment of their time waiting on me, a wait that was necessitated by their hijacking of my main source of quicker transportation during a nightmarish episode just days before. As I sat there in the cold evening air waiting almost a half an hour for the officer to arrive I went over all of the awful scenarios in which I was about to be harassed for being a cop assaulter. I was sickly anxious, terrified and felt alone and helpless. At this point, my whole life seemed ruined.

When the officer finally arrived to meet me, it was an older gentleman who was part of the Community Services Division. He immediately seemed kind and asked me how long I had been waiting and where my car was. When I told him I had walked from my house to the police station and then here and had been waiting for almost a half an hour he shook his head and said he had only gotten the call ten minutes ago. Furthermore, he cautioned, my bike was unlikely to be at our current location and was almost certainly across the street from the police station where I had been originally told that it would be. He motioned for me to get in his vehicle and looked perplexed when I hesitated. I asked if it was okay or if he could get in trouble for giving me a ride on non-official business without prior consent from his department superiors (which I had earlier been informed was absolutely necessary by the dispatchers at the station, who had sent me on this sadistic goose chase). He simply stated that it was just fine to ride along.

As soon as I got in the vehicle he introduced himself. He asked me my name and what it was that I did in Iowa City, was I a student or did I work and live here full-time? I answered those questions and then he asked me what had happened to get my bike locked up. I was too nervous to make something up or even to tell the real story in a very concise way. Also, he seemed kind and trustworthy and I felt I did not have much left to lose at this point. I gave him a crash course on the events and he shook his head and gave me a sympathetic look. “It’s not the same as when I worked these streets.” he said. “I couldn’t work with these young guys so I took partial retirement and do this part-time, now. I warn my own kids and their kids and everyone else I care about that they have to be very careful and not trust these cops these days. They are cutthroat. It’s like a competition to them and they don’t really care about the people or the community. I myself am scared of them and I was a cop here for almost thirty years.”

He told me that he was sorry about what happened to me and that he understood and that I shouldn’t let it affect how I feel about myself. His were some of the most comforting and kind words a stranger has ever spoken to me. I was still anxious, but not sickly so. I was still terrified, but there was some hope. I no longer felt entirely alone and now the feelings of helplessness had a starting point from which they could begin to subside. My life was going to be very difficult to sort out, but I would find my way. What had happened was not abnormal. It was, in fact, so normal that the former colleague of the cop who assaulted me and then charged me with his crime was now reassuring me and sharing his own horror stories and warnings or advice. It gave me my dignity back and allowed me to transform this terrible experience into a voice and a message that might create the changes that will spare others similar or far worse indignities and suffering.

The gentleman told me more tales of police ineptitude, immoral/unethical attitudes and behavior and just general ignorance, pettiness and narcissism. He was obviously very deeply concerned by these changes. He said that once it was possible to sort out the good cops from the bad ones, but that it had become almost impossible to do so as the entire system had become misguided at best; although quite honestly it had become increasingly corrupt, un-American and tyrannical at its very core. As he had shown me empathy and understanding, I now returned it by realizing that the lives’ work of many honest people were going to be irrevocably stained forever by a tragic turn in liberty and freedom. Not only would his life’s work be unkindly remembered in the future, but he would have to help to destroy that positive image to keep his own loved ones safe from what his former occupation had become. I have heard similar stories from other people, more and more so recently. Have you had a similar experience in which a police officer or former police officer has lamented to you about the state of his occupation? Has a cop or former cop warned you about other cops? Are you a cop or a former cop who can sympathize with this story? Is somebody you love a a cop or once was now afraid of what is happening with individual police and the growing police state happening around the country?

I want to hear your stories. Please send me a written statement about a situation like mine or the others described above in which distrust in and/or disdain for police comes directly from a person who has lived that experience and seen it go bad from the inside. I will collect your stories and then edit and compile the ones I find most compelling to share with all of our readers in a near-future article here at CopBlock. Thank you in advance for participating and sharing; and as always I am grateful to all of you readers who make this all possible.