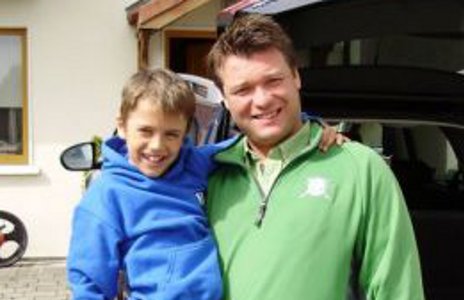 Over and over again we continually see that state, county, and city law enforcement employees evade justice due to a pathetic system. A pathetic system that the public continually puts up with. Know this, the DA does not have to accept the grand jury decision and you can let her know this with a simple phone call to her office. District Attorney Karen A. Heggen, (518) 885-2263. The DA can pursue prosecution if she feels there is enough evidence to do so. A grand jury is a test. It’s only a test. A test to see if a DA thinks they might have a shot at winning a real jury trial, however a grand jury lacks evidence, testimony, and any cross examination that would occur at an actual trial. It’s only presented by one side. The States side. There is only one perspective, the States perspective.

When a state employee is accused of a crime, it’s the State that the State is worried about. They are not worried about the officer as an individual or the victim. If a State employee is accused of a crime they will set to relieve itself of any guilt. That means the officer must be found justified. A grand jury is the perfect setup for such a relief of guilt when DA’s cower. Sadly most act as if the State is a person. Many will stand behind it as if it is a real individual person, their best buddy at times.  It is NOT a person. It’s a lifeless, heartless entity. An emotionless grouping of words on paper designed and defined as perfectly as the State’s philosophical conscience can create. What better excuse could there be than “just doing my job”, allowing for the heartless justification needed to claim a “clean” conscience and think that what is done is done in the name of righteousness.

On September 20th, 2014 Daniel Satre was beaten and tased to death outside of his home in Ballston Spa, N.Y by six government employed law enforcement agents. Ballston Spa police say, “they received the initial call at 10:48 p.m. Saturday from a motorist whose way had been obstructed by a screaming man on Saratoga Avenue, responding patrols encountered the subject screaming and walking in front of vehicles in the center of Saratoga Avenue. Satre was screaming and walking in front of cars on that street just before 11 p.m. Saturday when two Ballston Spa officers called for backup to help arrest him on disorderly conduct charges. Two officers from the Saratoga County Sheriff’s Office and two state troopers arrived, all six attempted to apprehend Satre”.

Here is the gist of what police say their involvement is in Dan’s death.

“Satre was warned several times that officers were preparing to stun him.”

“All six attempted to apprehend Satre. Stun guns were then used by the officers to bring Satre under control, and he became unconscious after being handcuffed.”

“The subject was tasered prior to being taken into custody and continued to be combative towards officers.”

“He struggled with them during the arrest so they repeatedly used the stun gun. Satre lost consciousness and could not be revived.

“I did not recognize my own father, his face was so swollen. I’d say probably 80% of the bones in his face were broken, all of his fingers. You could just tell he was visibly just beat. It was an overkill.”

“It appears that his ears were ripped loose from his skull, to some extent.”

“His body was so bruised and swollen that I didn’t recognize him.”

The supposed cause of death was “cardiac arrhythmia due to effects of excited delirium syndrome”.
The autopsy report also showed “some traumatic injury” around Satre’s head consistent with blunt force trauma. The stated manner of death, “homicide”.

Cardiac Arrhythmia is when the heart beats irregularly, when death occurs it’s called cardiac arrest. Cardiac arrest is caused when the heart’s electrical system malfunctions. In cardiac arrest, death results when the heart suddenly stops working properly. This may be caused by abnormal, or irregular, heart rhythms called arrhythmias.  “Excited Delirium Syndrome” is a controversial medical condition and the medical community appears to be divided on it. The FBI website says. ” Failure to recognize the symptoms and involve emergency medical services (EMS) to provide appropriate medical treatment may lead to death. Fatality rates of up to 10 percent in ExDS cases have been reported.”

“ExDS” is generally assumed on people who have taken certain drugs. ExcitedDelirium.org states,” This disorder is usually drug-related (cocaine or “crack”, PCP or “angel dust”, methamphetamine, amphetamine).” Drugs that can certainly cause erratic and unpredictable behaviors as well as causing cardiac arrest in some people. This is the type of “excited delirium”, due to psycho-stimulants or psychiatric illness, that the coroner is claiming led to Daniel’s cardiac arrhythmia. In an interview Lawyer Kindlon adds, “He wasn’t perfect”, stating that the toxicology report showed evidence of cocaine use. But Satre wasn’t high when he died.

This begs the question. If he wasn’t high and had no history of psychiatric illness, how is it determined that ExDS caused the cardiac arrhythmia? It’s understandable how cardiac arrhythmia might occur when on certain drugs because they most certainly can cause an irregular heartbeat in some people. It’s also understandable how the brain is functioning when “ExDS” occurs when on certain drugs, though most of us call those hallucinations or paranoia.  Daniel wasn’t high and didn’t have a history of any psychiatric illness.

The Simple Truth
The simple truth is that you have under trained over zealous officers who beat Daniel unrecognizable and tasered him to death when he was in an obvious state of anxiety and stress. No one is being held accountable. If the officers had been trained better in warning signs of supposed “ExDS” and a proper response, Daniel would most certainly be alive today. The subject of “ExDS” continually mentions physical and escalated confrontations with police. It was a notable common trait through the research.

Why wouldn’t the coroner conclude that an electric charge that disorients the central nervous system with a decent dose of electric amperage might be what caused the cardiac arrhythmia that lead to Daniel’s death? Ranting and raving cannot be determined as cause for his cardiac arrhythmia alone, if that were the case we might all be doomed. The effects of a taser can cause the heart’s electrical system to malfunction. Daniel was distraught and a negative police presence would have easily escalated that stress and anxiety. Now add the amperage of the taser and you have a great combination for cardiac arrest. What scientific observation is used to determine that “ExDS” was present? The family is now in the process of requesting their own private autopsy.

Why the need for six cops to beat a man unrecognizable?
Every police comment or release out there never mentions the depth of the confrontation that was had with Daniel. Now let’s assume they are telling the truth. If Daniel was non compliant and fighting police so much his face ended up unrecognizable and his ears torn away from his skull, why is it skimmed over so lightly and very little detail released about the actual confrontation. When someones been beat to a pulp as is described by those who have seen him post-mortem, why keep the details hidden? Wouldn’t the depth of escalation that requires the response of a severe beating be detailed in the reports and help the State justify their brutal actions?  Where are the Police reports that describe the depth of confrontation?

The Families Call For Justice Daniel’s family is currently in the process of requesting all relevant documents, testimony, audio, and video. This has been troublesome for Daniel’s family for several months now. There is no video footage from any of the law enforcement agencies involved. I did travel from the State Police website to the governors website through a link which led to the 2015 Opportunity Agenda, Proposal #63 titled, “Restore trust between community and law enforcement”. Proposal #63:4 proposes to “fund replacement vests, body cameras, and bullet-proof glass for patrol cars in high crime areas.” Saratoga Springs PD (not involved) was issued on-officer cameras in 2013. approx 11 cameras along with all the software and storage needed at a nice 42k, but they aren’t required to turn them on, just encouraged to. So why seek out more funds to replace cameras in an effort to restore trust with the community if officers are not required to turn on the cameras they already have? Saratoga County Sheriffs office is currently considering the use of on-officer cameras.There is cell footage out there of the beating and tasering of Daniel, but it’s being kept under wraps at the moment and only part of the video has been released. What has been released is dark and is hard to see exactly what’s going on. see video

Daniel’s family does not accept the manner in which the coroner states lead up to Daniel’s  death and requests an independent autopsy report..

Daniel’s family does not accept the grand jury decision due to the State’s procedures when investigating self of guilt and the lack of information, testimony, and evidence presented to the grand jury by Saratoga County District Attorney Karen A. Heggen. The family is asking for an independent investigation to be done by New York’s Attorney General Eric Schneiderman. Sign This Petition

Daniel’s family does not accept the State investigating self at all, in any case. They have created a petition to have independent, private non-state investigations done when police officers are accused of a crime against the public.  Sign This Petition

Daniel’s daughter  was not satisfied with the way the departments handled her and her grandmother when news of the death came.

“I called back around 1:00AM to try to find out more they told me he had been arrested and was in custody but couldn’t tell me why. My father was pronounced dead at the hospital at 12:01am. Witnesses said he died on the scene around 11:15-11:20PM. So both times I was lied to. The following morning around 6am I received a call from detectives looking for my home. I asked them why they were coming and if my father was dead or not. They told me he was.  I called my grandmother, who was staying a few minutes from my dad’s house, and told her he was dead. She headed over to his house and when she got there the chief of police actually told her that he still might be alive. So you have two detectives drive three hours to Vermont to tell me that he is dead, then you have the chief of police tell my Grandmother that he still might be alive at the same time. They treated us so poorly.”

There is just way too much information and evidence out there already that causes legitimate questions that deserve transparent answers about Daniel’s death. To this point everything has been kept from the family. From the 911 call to the failure to indict this reeks of corruption. Join Daniel’s family in their pursuit for Justice For Daniel.
Like Justice For Daniel Satre‘s Facebook Page to keep up on unfolding details.