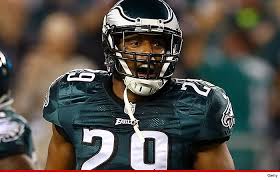 Now that his name is officially cleared, Allen, with the help of his attorney’s, is taking the fight to the city of Fort Myers. According to TMZ Sports:

Allen’s lawyer, Sawyer Smith, tells TMZ Sports … Allen wants to make sure no other citizens go through the horrible experience he did, that’s why he’s chosen to sue.

Smith, who has sent a letter of intent to sue to Fort Myers Police says, “he’s a fighter, and he’s going to stand up for this community and its residents to have a fair shake when they interact with law enforcement.”

Bravo to Nate Allen for taking on this fight. It might not be the most egregious case of police misconduct but this is how you remind police that they’ll be held accountable for their actions. If you want to detain someone, leak a story about charges and attempt to punish someone before an investigation is complete, then you might have some repercussions for such actions.

I’ll keep you posted as this story progresses.