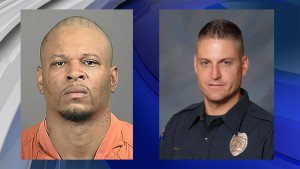 This was submitted by Doug Newman on March 6, 2015 via the CopBlock Submissions Page On Friday, March 6th, 2015, Naeschylus Vinzant, was shot and killed by Officer Paul Jeroth of the Aurora, CO PD. There is very little information given as to the details of the shooting, even after two weeks. Now Aurora residents are asking, “Why?”  With Vinzant being unarmed and seemingly posing no danger, there are many questions which beg an answer in this so-called “SWAT Raid gone wrong”.

In one of only two media reports on the story, The Aurora Sentinel said:

“It’s time to talk. What we do know is that Aurora just got a new police chief, Nick Metz, and that Metz said all the right things during his own trial by fire just days after he started. In an atmosphere where police shooting unarmed black people has caused untold havoc across the country, the police shooting of an unarmed black man right here in Aurora isn’t just your average police incident.” ~ Read Full Article Here