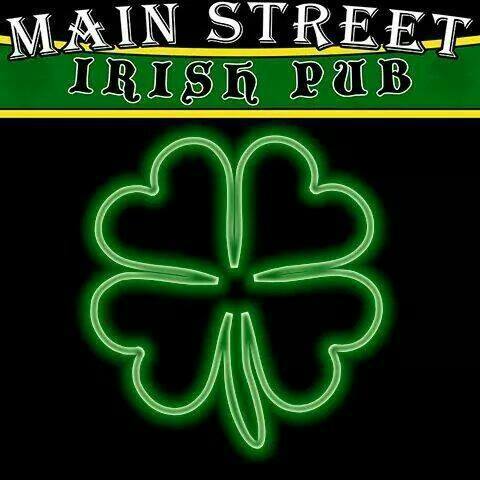 Note: As can be seen in the embedded post from Facebook, this is an exclusive report from those involved with Lima-Allen County Cop Block. It details a warrantless (and unjustified) raid that was carried against the Main Street Irish Pub, a local bar in Lima, OH, which took place on St. Patrick’s Day. It also discusses some other cases of harassment that has been directed at the owner, Brooke Jones, and some of her family and freinds, as well as patrons of the bar. On March 17th 2015, the Main Street Irish Pub was enjoying a packed crowd and festivities for a St. Patrick’s Day celebration. Brooke Jones, the owner and operator, had left the bar early but was later called back around 3:45 AM Tuesday morning by one of her employees. The bar had closed for the evening and concluded it’s sales of alcohol to all patrons. However, after closing, a little more than a dozen people, not including employees, remained inside the bar with permission to socially interact with friends. Most of whom were family members and close friends of Brooke Jones.

Upon Brooke arriving at her establishment, she was greeted by a 3rd shift gang of thugs known as the Lima Police Department. Apparently, they were called to the establishment for loud music after hours, but would not disclose the source of the complaint and there are no residential properties in this area. It is commercially zoned with the Allen County Jail and Court House directly across the street from the pub.

Lima Police Officers Zachary Leland, Matt Boss, Nick Hart and other unnamed officers pushed their way through a back kitchen door as a patron was leaving. They did not have permission to enter the bar, as it was closed for business, had not yet obtained a warrant to enter the premises, and were unwelcome.

As officers entered the bar, they began to immediately intimidate and use coercive tactics against the non-drinking patrons who were present at the pub. Officers demanded everyone to lay down on the floor as they pulled taser guns and service weapons attempting a non-warranted pre-dawn search of the establishment. Patron “Desmond Kirkman” was kicked in the back and shoved to the ground for not moving fast enough for police. Brooke Jones’ cousin who is only 18 years old was sleeping in the pub office, after a long day of cooking. Police barged in, shining lights in her face and ultimately arresting her and over a dozen other patrons for public intoxication. All of whom were inside the bar and not on public property. Almost every person in the bar requested a breathalyzer test to maintain their innocence, but were denied by police, issued citations, and taken to jail on suspicion alone.

Officer Zachary Leland, who would ultimately request a proper warrant signed by a judge, produced an unknown object in his hand after exiting the pub bathroom. He claimed he had found drugs and held something up but never showed the pub employee or any other patrons what he had found. The officers remained at the bar until a warrant to search could be issued.

Brooke Jones eventually gave permission to search, but the police still obtained a warrant and found no evidence of ANY illegal activity going on in this bar. After LPD were unsuccessful in their attempts, the Allen County Health Department was called in by police as an additional “further attack” against Brooke Jones and her establishment. Of course, the “health police” are always going to find a reason to shut you down. They cited Jones for: store bought mouse traps…..a fridge that did not work that was actually being used to store can goods, and unmarked containers in another, working fridge. Brooke has since re-opened for business after compliance with these petty infractions.

Brooke Jones has become a target by police for unexplained reasons that all of us are trying to determine. She is a mother, a law abiding citizen, and a recent employee of Proctor & Gamble for 17 years. Brooke wanted a “life change” and decided to enter the bar business using her 401K funds to start up an honest and lucrative business for herself and her family. Brooke’s 16 year old daughter has been pulled over at least 10 times by the Lima Police since December 2014 and never issued a SINGLE citation. The police are clearly targeting Brooke and her family as her daughter drives Brooke’s car that is registered in her name. Her daughter has stated that she is petrified by officers who continue to harass her by following her to her high school and Brooke is extremely concerned for the safety of her children, as one Lima officer has already pulled a gun out during a traffic stop that her daughter was involved in.

Brooke also questioned Lima Police Chief Kevin Martin as to the events surrounding the warrantless entry of her establishment. Chief Martin stated that Brooke operates a “public liquor serving establishment and officers have a right to enter, anytime they want”. Hmmm. Even after hours when the doors are locked? Does this sound right to you? Either way, if Brooke or any of her other staff had violated the law or were in non-compliance of an ordinance or code, I would imagine this is more of a “constructive day job” for the ATF and not an illegal after hours raid by an “OPIE run police department” that just want to generate revenue and rob the citizens of this community.

As I continue with this story, the huge matrix behind all this goes even deeper. The police NOT ONLY lied to get a warrant to raid this pub, but they also confiscated almost $4000 dollars from several patrons and an in-house employee who was scheduled to deliver those funds to the owner, being Brooke. Only one patron was re-issued her cash, as police stated they were confiscating everyone’s money to cross-reference it with drug use! Am I dreaming here or is this reality?

I have seen and heard a lot in my lifetime, but nothing quite like this. Questions need to be answered by city council and the officials of this community. The continued harassment of Brooke Jones and her family, the completely insane cash forfeiture made by police, and every single solitary law that was broken in order to obtain this warrant should be investigated. ALL arrest of peaceful citizens without evidence of wrongdoing should be thrown out in court and lawsuits should commence against these officers who have violated the civil rights of these people!!! I am ashamed to be a member of this shitty community and to know that this is what OUR law enforcement officers have resorted to by using their badge and gun to operate under the color of authority and color of law.