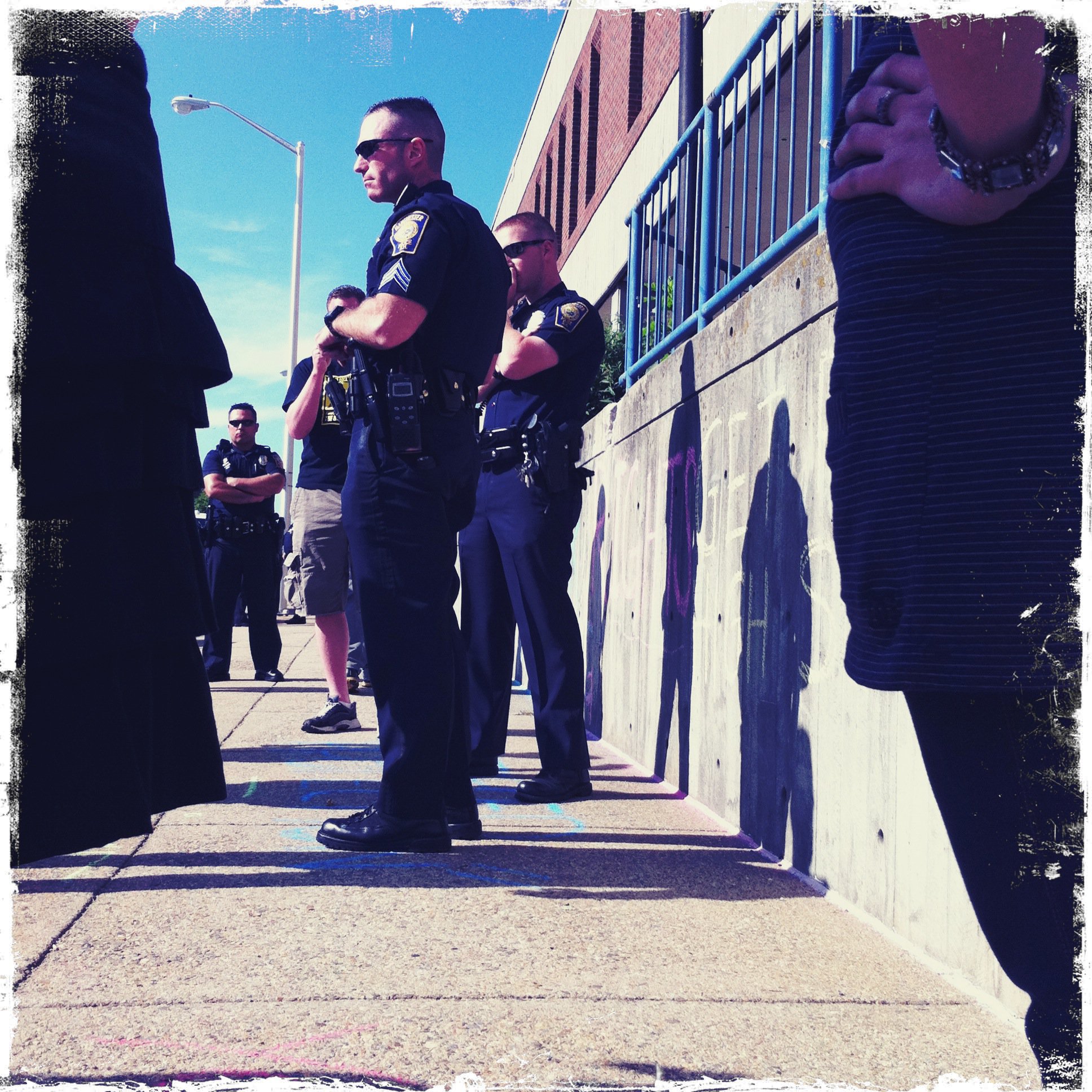 ————————
On June 4th I was one of eight arrested outside the Manchester Police Department when at a pro-police accountability event. I was alleged to have been “disorderly” – twice. Over six months later, I was told I was “guilty” of violating an ordinance and told to pay a 248 FRN ransom.

Pete Eyre, was found guilty at the non-criminal violation level of one of the two charges. Interestingly enough, the charge he was convicted on was not the reason for his arrest, but was attached later. John Patti, who ordered Pete’s arrest but was my arresting officer, arrested us for allegedly refusing an order regarding a city ordinance violation. Neither the order nor the basis of the order were substantiated in court, yet Pete was, retroactively, in a sense, found guilty of having been in the “crime scene” and having been ordered out of it. The disorderly conduct statute is so over broad that you are automatically guilty at the violation level if you have been given what is considered a “lawful order”. By refusing the order, you are then guilty at the criminal level.

I self-describe as a voluntaryist and therefore don’t want to fund the violence of the state. The state – to be specific – is just a bad idea. Everything its actors do is destructive and if not immoral, inefficient. The initiation of force, censorship, and control are its only tools.

So, I may sit at Valley Street for four days. I’ll have time to brainstorm. Read. Maybe workout. And, unless they keep me segregated, time to have conversations with other individuals harmed due to the belief in the bad idea that grants some a “legitimate” right to use force, as well as those who pretend their costume allows them to do actions wrong for you or me.

The greater the number of laws and enactments, the more thieves and robbers there will be.
– Lao Tsu I think it’d be a lot better world.

A couple of the Manchester PD employees told me they’d meet me for a bite after the conclusion of this round in legal land. (As I did with Keene PD employee Jim Cemorelis.) Let’s see if they hold true to their word.