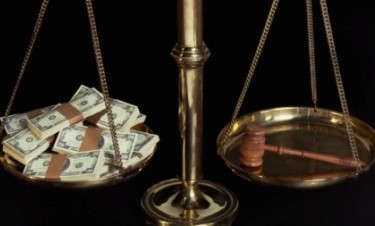 A Growing Financial Burden for Taxpayers.

Police brutality and misconduct lawsuits are a point of growing contention.

Obviously, victims of police abuse deserve to be compensated for their damages. The problem is that it isn’t the police departments or the at-fault officers themselves that are monetarily held accountable in a misconduct lawsuit. It is the hard working taxpayers of a certain geographical area.

In a recent open-source effort launched by MuckRock.com, independent researchers are looking at data on police lawsuit payouts dating back to 2009. Among the types of lawsuits analyzed include wrongful-shooting deaths, excessive force complaints, illegal searches, etc.

Findings show that during the last five years a combined $16.6 million was spent by taxpayers in just four cities alone to settle 122 police-misconduct lawsuits. Those cities are: Indianapolis, Austin, San Jose, and San Francisco.

During that same time, taxpayers of just one city were expropriated for more than twice that. The people of Philadelphia paid $40 million to settle 584 of the 1,223 police-misconduct lawsuits filed against its department since January 2009, the website reported.

“The report stemmed from requests the website sent to the 20 largest U.S. cities for information on police-lawsuit settlements,” MuckRock reporter Todd Feathers said.

By comparison, taxpayers in the the city of New York have had to shell out more than $428 million since 2009 for wrongful arrest and civil rights settlements.

Baltimore, Maryland has spent $5.7 million on settlements and awards, and another $5.8 million in legal fees during that time.

The Chicago Sun-Times says Chicago residents have payed out nearly half a billion dollars in settlements over the past decade, and spent $84.6 million in fees, settlements, and awards last year alone.

Bloomberg News reported that in 2011 Los Angeles paid out $54 million, though that figure includes negligence and other claims. Oakland Police Beat reported that their city has paid out $74 million to settle 417 lawsuits since 1990.

The Denver Post reported that taxpayers in the Mile High City have paid $13 million over the last 10 years.

So, What Can Taxpayers Do To Thwart These Costs? That’s a Good Question.

“In theory, the cost of these lawsuits are supposed to inspire better oversight, better government, and better policing,” says notable author, Washington Post columnist, and police brutality critic Radley Balko. “When taxpayers see their hard-earned money spent to compensate victims of police misconduct, they vote for political leaders who will hold cops more accountable. Or at least that’s the theory. I’m not sure how effective that is. I’ve seen little evidence that people generally vote on these issues, even in municipal elections.”

In a system that disproportionately favors the rich, fighting police in court can be extremely costly, but is it justice to take from taxpayers to pay for the misconduct of police? I don’t think so. It is also not moral.

So where should the money come from to compensate police abuse victims? Obviously it should come from the police themselves. Just like an employee in any other profession would be held accountable for their own personal conduct, police should too.

There are many proactive ways police can reduce legal costs. The most obvious is holding officers to higher standards and giving them proper training to deal with situations and individuals they may not be accustomed to. This includes individuals of mental and developmental disorders, who seem quantitatively more likely to die during a police encounter than those without such disabilities.

Technology Also Has an Important Role to Play in Reigning in Misconduct.

According to The Bureau of Justice Statistics, in 2002, there were over 26,000 official police brutality complaints across the nation.

That’s a rate of 6.6 complaints for every 100 full-time officers. Of those complaints, eight percent resulted in disciplinary action. That means that only about one in every 200 police officers accused of excessive force were actually punished.

After the city of Rialto, California required its 70 police officers to wear portable video cameras on the job however, police brutality statistics fell by 60 percent in the city, according to a controlled study recorded by the department. In 2012 alone, complaints against Rialto police officers fell 88 percent.

This has reduced police misconduct settlements for the department dramatically.

Other possible ideas for departments would include rolling back spending, launching annual fundraisers, or setting aside separate legal funds to compensate victims.

Another Alternative is to Allow the Market to Sort Out Policing.

In the absence of a government law enforcement monopoly, private companies would be clamoring to provide citizens with the lowest cost, highest quality service available. This would reduce police misconduct because firms that employ violent law enforcers would loose market share as customers flee to their cheaper nonviolent competitors.

By no longer designating law enforcement a public good, private firms would have to foot the bill themselves for the abuses of their employees. This means, to avoid these costly pay-outs, firms would undoubtedly demand rigorous ethical and moral training and enforcement.

This may seem like a radical idea to some but a government monopoly, in any arena, serves only to reduce quality, increase cost and restrict personal choice. Certainly, having the individual liberty to choose whom provides you with law enforcement services is preferable to a forced government monopoly that demands taxpayer money to not only pay for its abuses, but to function at all.