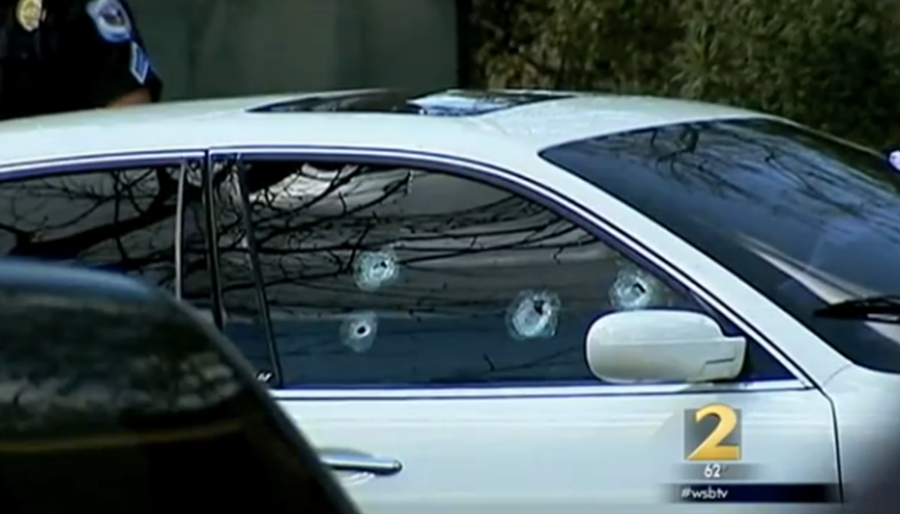 “He was trying to get away from the cops, he got in that Maserati right there and they shot him down dead!” mother of 23-year-old Nicholas Thomas said Tuesday.

Police say they feared for their lives, which led them to open fire on Thomas while attempting to serve a warrant on him at his place of work.

“When you go to serve a suspect who knows that he is wanted he is unpredictable and we have to react based on his actions, that’s what we did today,” Sgt. Ed Cason with the Smyrna Police Department said.

Investigators said Cob County and Smyrna police went to Goodyear Tire to serve an arrest warrant for a probation violation. It happened in a parking lot near Cumberland Parkway and Paces Ferry Road at about 1:30 p.m.

Police say Thomas saw police as they were approaching his place of work and tried to flee.

Officers claim they feared for their lives when Thomas jumped in a car, tried to get away, and drove at them in the white Maserati.

That’s not what witnesses are saying happened at all however.

Goodyear customer Brittany Eustache says she watched the shooting from inside the store, just feet away.

“They were standing behind the car, opening fire. He wasn’t driving towards them,” Eustache told local reporters. “The car was not moving when they begin to shoot at him. The car had been stopped he hit a curb, he could not go any further.”

“So at no point was he making any aggressive moves?” reporters ask Eustache.

“None, none at all,” Eustache said. “They immediately opened fire on them.”

No officers were injured.

Thomas’ parents say police were attempting to serve a ‘traffic warrant,’ but police have not yet confirmed that.

No word yet on how many of the six officers at the scene opened fire, how many shots were fired, or how many times Thomas was hit.

An internal investigation into the incident has been launched.