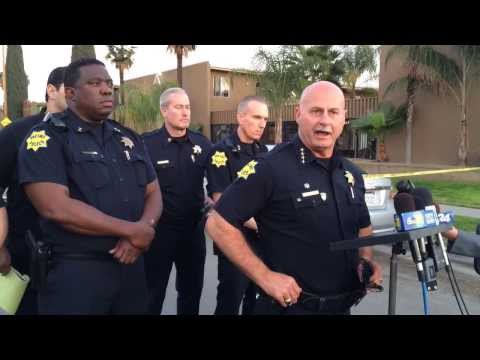 On Thursday federal agents from the FBI and ATF arrested Fresno, California police chief, Keith Foster, after a year long investigation. The investigation revealed that Foster and several accomplices had been distributing oxycodone, heroin and marijuana. Foster and three others have been arrested for distribution and possession of these substances and more arrests appear likely in the case.

Deputy Chief Foster, 51, has been in his current position for eight years. There are three other deputy chiefs in the Fresno PD. Foster’s duties were to oversee patrol and each of the cities four policing districts. For the time being he is on paid leave, but has been stripped of his department issued gun and peace officer powers. Foster and his accomplices will see a judge on Friday to determine if they can be released on bail.

Fresno Police Chief Jerry Dyer was also friends with Foster and his family. In a public statement he told the media that, “This is a very sad day for the Fresno Police Department, the citizens of Fresno, and the law enforcement profession.” He also stressed that the charged were innocent until proven guilty.

“The message I want to send to everyone, when we place this badge on our chest, it’s a badge of honor. There’s a lot of responsibility that goes along with it. It is important that we do everything we can to maintain and enhance the trust our citizens have in us. When things of this nature happen it doesn’t erode that trust.”

Federal agents had been wiretapping Foster and his accomplices for several months and uncovered lots of evidence that drugs were being distributed, even though they often attempted to relay the details of these transactions in thinly veiled codes that were easy enough to decipher.

Foster and his family are well known in both the Fresno community and police department. His father served for many years and a subsection is named after him. These charges have rocked the entire community and will likely continue to do so as the involvement of others is revealed over the course of the next several days and months. The prohibition of drugs in our country continues to ruin lives all the way from the lowliest crackhead to those who vow to uphold and fight the un-win-able War on Drugs. Too bad ya can’t get high on irony!