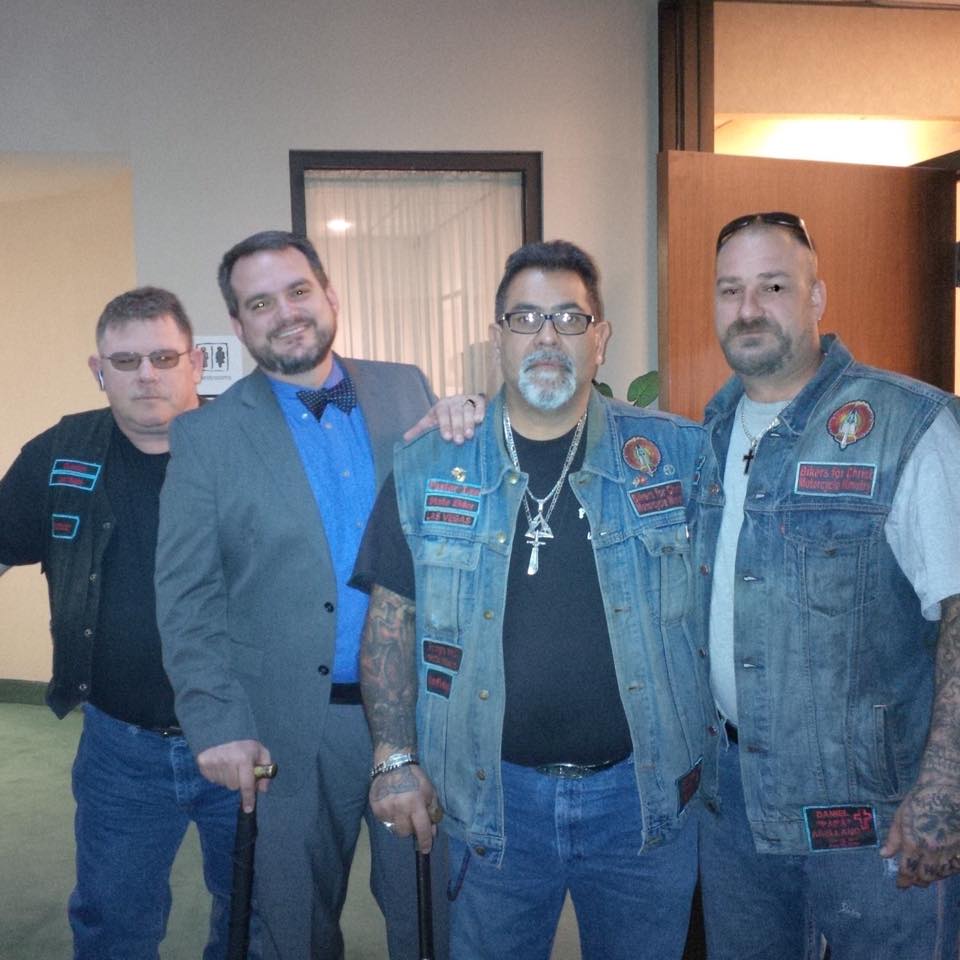 Stephen Stubbs, a Las Vegas area attorney, was acquitted  on Tuesday of obstruction charges stemming from his refusal to leave the side of a client, who had requested him as counsel while he was being questioned by members of the Las Vegas Metropolitan Police Department. This client is a member of a ministry group called “Bikers for Christ.” In spite of the “for Christ” part of that name, the group was targeted for questioning by the LVMPD, because of Metro’s long-standing policy of intentional harassment toward motorcycle clubs.

Stephen, who has been featured several times in the past on CopBlock.org, including shortly after this incident (see below for that original post), was arrested after being ordered to leave and allow his client to be questioned without counsel by a member of the LVMPD’s Gang Unit. His refusal to do so, even though the Metro sergeant originally in charge before the G-Unit arrived had already confirmed he could attend any questioning in accordance with the Fifth Amendment right to counsel, resulted in Sgt. Yesemia Yatomi ordering him to be arrested.

The ease with which this verdict was rendered (without Stephen’s own attorneys even being required to present a defense) only underscores how illegal and unconstitutional that arrest was. The fact that the District Attorney’s office even brought it to trial, shows just how vindictive and retaliatory the police and prosecutors in Las Vegas can be when somebody has a history of standing up to them and how wasteful those bad priorities ultimately are.

On March 25, 2015, Attorney Stephen Stubbs was found “not guilty” of Obstruction. Stephen Stubbs was arrested on November 14, 2013, after his client (a Christian Minister who is a Biker for Christ) was being detained my LVMPD and insisted on a lawyer during questioning. During the course of the investigation, Officer Yesemia Yatomi interjected herself into the investigation, ordered Stubbs to leave his client’s side and thus deprived Stubbs’s client of his Constitutional rights. Stubbs refused to leave his client’s side, was arrested by Sergeant Yatomi, and was thrown into jail.

At trial, Attorneys John Spilotro and Lisa Szyc concentrated on every citizen’s Constitutional 5th Amendment right to counsel. The Honorable Judge Eric Goodman agreed and declared Attorney Stephen Stubbs not guilty without requiring the defense to present its case or even call one witness.

The criminal charges were initiated based upon the sworn declaration of Officer Yatomi. However, Officer Yatomi did not know that the entire matter was recorded on video, which belied her under oath statements. Officer Yatomi insisted in her testimony, that although Stephen Stubbs’s client had the right to an attorney during questioning, the attorney should not be allowed to stand next to his client. Interestingly, Officer Yatomi was a defendant in a civil rights lawsuit filed by Stephen Stubbs in 2012.

See Below for video of the incident and an excerpt from the original post on CopBlock.org, regarding Stephen Stubbs’ arrest. In Las Vegas, the LVMPD regularly detains motorcyclists for minor traffic violations, and then keeps them for an extended period of time for “intelligence gathering.” On 11/14/2013, about a hundred motorcyclists were gathered in Las Vegas for a Southern Nevada Confederation of Clubs meeting. At this meeting, Attorney Stephen Stubbs was going to make a presentation on Constitutional Rights. However, Attorney Stubbs was pulled out of the building by other motorcyclists to help a member of the Bikers for Christ Motorcycle Ministry that was being detained by LVMPD.

At that time, the video started.