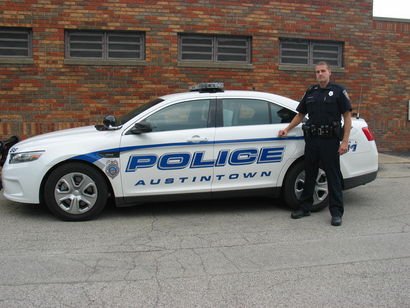 In the video above it seems that Austintown police are a little confused about the Ohio Revised Code (ORC) on identifying yourself to a cop. The ORC is the law of Ohio and it reads:

(A) No person who is in a public place shall refuse to disclose the person’s name, address, or date of birth, when requested by a law enforcement officer who reasonably suspects either of the following:

(b) A felony offense that causes or results in, or creates a substantial risk of, serious physical harm to another person or to property;

(c) Any attempt or conspiracy to commit, or complicity in committing, any offense identified in division (A)(2)(a) or (b) of this section;

(B) Whoever violates this section is guilty of failure to disclose one’s personal information, a misdemeanor of the fourth degree.

(D) It is not a violation of this section to refuse to answer a question that would reveal a person’s age or date of birth if age is an element of the crime that the person is suspected of committing.

Mr Morrison has committed no crime nor has he witnessed a felony. He was just documenting traffic light patterns when an off duty, still in uniform, Austintown cop pulls up to the light. This power tripping pig parks his car at the light and calls his buddies at the Austintown police department to come intimidate and harass Mr Morrison. Which they do like the thugs they are!

Officer Hard Ass in the red cavalier can be seen exiting his car with an attitude. He begins his conversation with Morrison by saying “Why are you filming my car?” When the explanation comes back as, “Because I can.” His hard ass attitude kicks in. Jason Morrison tells him, “Your parked in the middle of the road,” and officer hard ass responds with “I don’t give a fuck!” He then shines his flashlight in Jason’s lens. Jason, wisely, documents the mans plate number and since he is not being detained, leaves.

It is not long before The Ohio State Police pull up and try to intimidate Jason, based on officer hard ass’s call. They claimed all along they got a call. Officer hard ass is the only one who would have called. When we file our information request to see who called, we will find out. The state police do not violate Jason’s rights, but stand idly by while Austintown police, do! Austintown police Officer Hess, Badge #142, begins the intimidation immediately, by threatening jail if Jason does not comply and hand over some ID! Jason stands his ground and is arrested for it. His crime? Video recording traffic light patterns and exercising his rights to not be identified without probable cause.

This bullshit will not stand! I am going to get together with our Youngstown Cop Block admin Tara, and find these cops and find out why they think they have the right to do this shit! I also am calling for all fellow Cop Blockers to:

#1 Call Austintown police and demand that these charges be dropped before Jason Morrison has to spend 1 second in a courtroom! 330-799-9721
#2 Call Ohio State Police and demand Trooper Dennis? The first trooper on scene? Be charged as a conspirator to the violation of Mr Morrison’s rights. (330) 533-6866
#3 Send a copy of the video to Ohio AG Mike DeWhine (intentionally spelled that way) @ http://www.ohioattorneygeneral.gov/About-AG/Contact and demand these officers be charges with a violation of ORC 2129.45, which states:

(A) No public servant, under color of his office, employment, or authority, shall knowingly deprive, or conspire or attempt to deprive any person of a constitutional or statutory right.

(B) Whoever violates this section is guilty of interfering with civil rights, a misdemeanor of the first degree.

This is an egregious violation of Mr Morrison’s rights! This type of thing makes my blood boil and is a large part of why I am a Cop Blocker! Officer Hess, and whoever Officer Hard Ass is? DEO, of Ohio Cop Block, is coming to film you!! Say hello to YouTube boys! Better get your house in order Austintown!