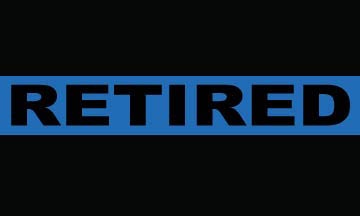 Some of the regular readers here might be familiar with a series I’ve reposted here from Joseph J. Julicher’s website, “Hung by the Thin Blue Line.” There have been five posts (all linked below) that have been published at this site by myself, but about a month ago Julicher reached out to me saying he was getting some pressure from work to stop his blog posts. I decided to share his last two posts that would conclude the “Meet Telly Heath” saga and hadn’t checked his website since.

Today I got an email from Julicher, who stated that he received a cease and desist from Steven Bengart, partner of Bengart & DeMarco; LLP, out of New York. Before I tell you my thoughts about these legal threats, I’ll share what Julicher posted on “Hung by the Thin Blue Line” today:

Upon opening this (letter posted below), I was bombarded by a myriad of emotions. My first reaction was outright giggling. Next was rage. Followed by contempt, scorn, insult, anger, bewilderment, and finally, peace. You see, fortunately for me, I own the truth! Each and every single word that I have written herein is the absolute truth. I sleep soundly and look myself in the mirror upon waking, knowing that I’m an honest and righteous man. When I started this blog, I knew the kind of personalities that I was writing about; bullies, plain and simple. They could dish it out, but DEFINITELY could not take it. Therefore, I KNEW the possibility of having some type of legal action against me existed; you don’t think that I’ve been careful and smart enough to scrutinize every word that I have written? With that said, there are absolutely NO circumstances that will ever prompt me to take this blog down or stop posting, until the totality of the story is displayed. The audacity of those involved is beyond compare. So, let me get this straight; the very coward CENTRAL to the decimation of my life and lifestyle wants to attempt to intimidate me once again? I’m sorry, but you no longer hold sway over me. At one point, his position did give him influence over my employment, and he abused that in a personal vendetta. Does this idiot think that I’m afraid of something? Anything? Apparently, I was born with a genetic defect; fear doesn’t happen to register with me. (That is NOT a braggadocios statement, but rather one that is somewhat “confessional”. I say that with contrition rather than pride; having no fear has cost me more than it’s helped me.)

What currently does affect me is liberty. Ironically enough, the very idiot who is taking this action against me is the one who put the events in play to grant me that liberty. You see, I have nothing to lose; literally. In 2004, when this confrontation began, I was a whole person. I had a growing family, money in the bank, a healthy investment portfolio, and a bright future. As I write this, and as I have referenced before, I am a broken and broke man. Despite my best efforts, despite going back to school to get my master’s degree, despite having a beautiful, well-paying job, I can’t seem to manage the damage of the past. The home that I bought for my new bride and I, the home that we brought our newborn children in to, had to be sold in 2009, because we ran out of money. Not because we were successfully moving up, or made a conscious choice in the matter, but because these cowards bullied my family and forced me to abandon my dreams. I was forced to move back into my rental apartment, which I converted into a single family home, just to make it livable. I liquidated every investment that I had made since I was 22 years old. I sold my truck to cover a debt. I bought and sold cars and motorcycles to make a buck. During one stint, the sole and exclusive source of income to pay mortgages and all household bills was playing poker full time. At other times, my family lived off of student loans obtained while I was going to school during these proceedings. They created circumstances where my wife had to abandon our sole source of income, her employment, because the zealous attack had borne a “Material Witness Warrant” for her, when she wouldn’t participate in their charade. All told, and I can put it all on paper for anyone who would question the numbers, the misdeeds of those involved have cost me a MINIMUM of $400,000! ($225,000 in my lost wages, $30,000 of my wife’s, $75,000 in legal bills, $20,000 to cover health insurance that was taken away illegally, just for starters, along with the $5,000/year impingement on my retirement benefits for the rest of my life). Not to mention, the abandonment of any possibility of remuneration, since I had to forfeit my lawsuit in order to reclaim my position and earn my pension. I currently own two thirteen year old vehicles that I keep together with duct tape and bubble gum, and live in a rented house. So, please, somebody tell me what I have to lose here? My wife and I go to work every single day of our lives and basically light our paychecks on fire, servicing debt that was created out of malice, corruption, self-preservation, and immorality. In perpetuity, we will remain in debt for the remainder of my natural life. So, like I have stated before, nothing but liberty!

This letter claims that I have made “libelist” (sic) statements here. Apparently, this attorney needs to revisit the definition of that word. His client has suffered physical and emotional distress? The ONLY person responsible for his distress is himself! Had he not stuck a gun in some kid’s mouth, maybe his conscience wouldn’t be bothering him so badly. They’re going to take legal action against me for damages? Hah, that’s rich! This prick RUINED MY LIFE, I’m penniless, yet HE’S going to file suit against me? Come get some; you can’t get blood from a stone! Counselor, you need to screen your clientele better. You are choosing to represent an amoral, vicious, zealot, coward, who has plenty of other marks against his character other than just those written here. Not to mention that you are up against the most formidable opponent that you have ever chosen to take on; I NEVER quit. If I were you, I’d drop this charade, because the waters are going to get way too deep from here; you’re not prepared for that.

I am a private citizen, with a constitutional right to free speech, and I choose to exercise it here. I will defend that right at any intersection with those who intend to deny it. I’m of the mindset that Julicher posted this material and I merely shared it at a website that focuses on spreading the message that, “Badges Don’t Grant Extra Rights” and much more. To my knowledge no one associated with CopBlock.org (the website) has been engaged by legal council over this matter.

I personally would side with Julicher on this one, he’s free to say what he wants, so long as he stands by those words. These are also Julicher’s personal recollections of events that, in fact, happened. Unless it can be proven that he’s actually lying about the details he included in those recollections, that those lies have caused actual harm, and were made without adequate research into the truthfulness of the statements, plus that those statements were made with the actual intent to do harm or with a reckless disregard for the truth (malice), they are not legally considered libelous. (A “libelist” is actually a person making libelous statements.)

If the accused would like to come forward, even at this site, and share their own memory of those events, they are more than welcome to do so. I was hoping that Telly Heath would have come forward by now, it would be very interesting to hear his thoughts on the matter.

Get caught up on Joseph Julicer’s posts at CopBlock.org by clicking on the Blog Post Title below.

“ALL IN THE NAME OF THE “THIN BLUE LINE!”