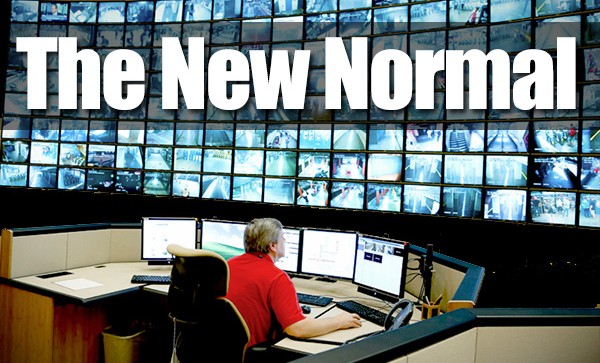 High-definition ‘virtual deputy’ surveillance cameras are expected to be deployed by the end of the year to record traffic and street crime in Southern Florida, Broward County officials said Friday.

Already being utilized in Miami, the wireless devices are scheduled to come to the city of Fort Lauderdale along Sistrunk Boulevard, at the beach, and in Flagler Village. They are also planned to come to Hollywood, FL.

The cameras are planned in the Central Broward unincorporated zone sites of Franklin Park, Roosevelt Gardens, Washington Park and Boulevard Gardens, stretching from Broward Boulevard to 16 blocks north of Sunrise Boulevard, and from Northwest 24th Avenue to Northwest 31st.

The area, plagued by poverty, has seen unemployment rates as high as 44 percent but Broward Sheriff Scott Israel says crime is down.

Farther west, another unincorporated neighborhood, Broadview Park, also is expected to be fitted with surveillance cameras.

BSO Capt. Andrew Dunbar purposed the cameras at a county meeting citing their ‘success’ in other areas like Lauderdale Lakes where 12 cameras along the C-13 spy on Vincent Torres Memorial Park, the Hawaiian Gardens residential complex and other areas.

Dunbar has proposed 13 WildFire brand high-definition, wireless cameras in the central unincorporated area, and eight in Broadview, placed at entry and exit points to the neighborhoods.

“It’s a force multiplier,” he said. “It means I have more eyes on the area so we can respond effectively. We can deter people from coming in that have illicit ideas of committing crime.”

Officials say Deputies can tune in to the pictures from their patrol car laptops and even zoom in, pan left or right, or tilt the camera angle. If a crime were reported, a deputy could rewind footage and grab a car’s tag number.

Not surprisingly, privacy advocates have voiced some concern but for the most part the proposal has met little resistance.

Lifelong resident and member of an advisory board for the area, Marquis Curry, says he raised questions about whether “the Big Brother type thing,” as he called it, would be used against homeowners and taxpayers.

Officials assured him they would not, he said.

Privacy advocates allege the ‘virtual deputies’ are being deployed to increase revenue for local departments who primarily use the devices to prosecute traffic violations.

Since there is no traditional accuser for motorists to confront when charged with a moving violation, the cameras are unconstitutional, they say.

Also, there is no way of legitimately knowing whether or not a police officer witnesses a violation in real time which means no one can personally testify to the circumstances of the alleged violation.

Since the early 1990s, traffic and surveillance cameras of all sorts have been used by state and local law enforcement agencies in at least 26 states around the country.

In Florida, a law went into effect in July 2010, which allows all municipalities in the state to use cameras on all state-owned right-of-ways.

No cost estimate for the ‘virtual deputies’ has been determined yet by Broward County officials but County Commissioners are expected to legitimize their purchase, by vote, in the coming weeks.