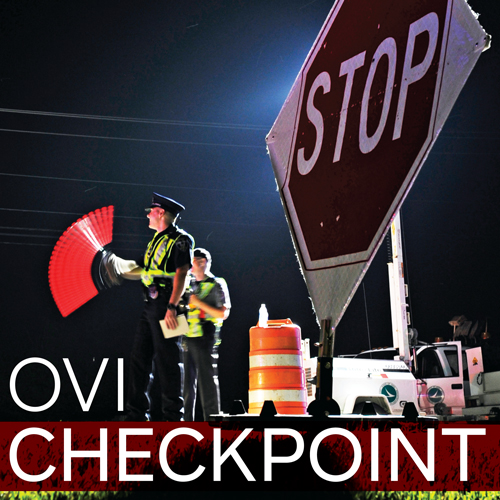 On March 28th DEO and I headed about 35 minutes south of Parma, OH to Median, OH. The reason? Several police officers, from many different areas within Ohio, were scheduled to conduct an OVI (Operating a Vehicle while Impaired) checkpoint. It was the coldest night in three weeks but we didn’t let that stop us. We simply added another layer of CopBlock Gear and headed out anyways, here’s the video from that night:

Overall this was a very successful CopBlock of a checkpoint – especially since there were only two of us. We were able to turn several motorist around, talk with a few officers and helped a car full of people by filming them after they did get pulled when some State Troopers saw them turn away from the checkpoint. One person appreciated our efforts so much he pulled over and gave us $80. He said it was for coffee and when I said it was kind of him but too much, he said, “you saved me double that keeping me from that checkpoint.” He then drove off in the opposite direction, safe.

Two cops showed up at some point throughout the evening attempting to protect me while I crossed the road. The first officer was concerned that I’d get hit by car and I tried to assure him that I’m able to cross the road without harming anyone or myself. Later in the night another officer, Ventura, came by after claiming someone called because we were running in the road. When I went to cross the road to warn drivers of the upcoming checkpoint, Ventura scolded me for being in the  road. I laughed and pointed out that he was also in the road, at which time he told me to use the crosswalk, which was even more hilarious because no crosswalks existed at that intersection.

Ventura hung out with Deo and I until shortly before the the State Troopers pulled over the grey car I mentioned earlier in this post. Ventura even went to check what time the checkpoint was going end for us. Overall, he seemed generally interested in CopBlock – though he, like most cops, didn’t really like the name – and said Deo and/or I could come on a ride along with him sometime. He even mentioned, in the video above, that he understands that checkpoints might not be ‘constitutional.’ Hopefully he, and all cops, realize that they are stuck between a rock and a hard spot when it comes to their jobs. Governments only know how to expand and has it does, people will become more and more displeased by it. Since cops are the enforcers of laws they will, by default, assume the risk associated with overreaching government sanctions.

Take these checkpoints for example, there was a time when police would have never done these things and most people would have considered them a violation of a persons rights. Yet, the government apparatus (police included) has people convinced that checkpoints are here to protect people, look at the two cops who said exactly that to us this night, to keep the roads safe but as DEO pointed out to Ventura, that’s rarely the case. OVI checkpoints rarely find people who are impaired drivers because the checkpoints are easy to avoid (without us there) and word gets out rather quickly about the location. That leaves people who aren’t drunk who merely want to get to where they are going who wander through these checkpoints. They think they’ll be fine because they aren’t impaired but they’re waved into the inspection area anyways and given a ticket for a number of other reasons (seat belt violations, suspended licences and more) that have nothing to do with OVI.

So we have to ask ourselves, “is this what a police state looks like” because if they aren’t actually catching drunk drivers and keeping the roads safe, what are they doing?