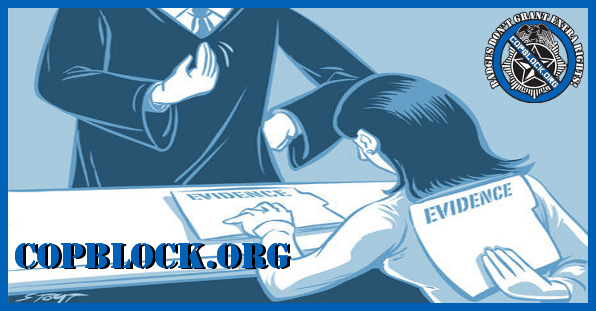 A Chicago civil rights attorney has filed a lawsuit against the Chicago Police Department for continually refusing  to comply with Freedom of Information Act requests geared towards gathering evidence about the alleged perjury of two officers accused of lying under oath.

According to the suit, which was filed last week, Officer Allyson Bogdalek confessed to Cook County State’s Attorneys that she committed perjury, destroyed evidence, and conspired with her partner, Officer Dominick Catinella, in the criminal case of State of Illinois v. Ranceallen Hankerson.

Despite the confession of perjury, a felony punishable by a maximum of five years in prison, the Cook County State’s Attorneys’ office refused to prosecute Bogdalek.

Catinella, who admitted to intentionally destroyed evidence, a felony punishable by up to eight years in prison, was also not prosecuted.

“The public has a right to know when prosecutors try to convict citizens with the testimony of dishonest police officers and whether Anita Alvarez refused to prosecute a police officer who confessed to a crime for political gain,” said Jared Kosoglad, the plaintiff in the suit.

Alvarez has been publicly lambasted for continuously refusing to prosecute corrupt officials and politically connected friends like Richard Daley’s nephew Richard Vanecko – while pursuing politically motivated prosecutions in cases like the one involving “The NATO 3” youths who were charged with “terrorism” after undercover police encouraged them to commit arson during anti-globalization protests in 2012.

Widely derided as entrapment, the youths were eventually acquitted of all terrorism charges but were convicted of some lesser crimes.

“That Alvarez’s office may be using the testimony of officers known to perjure themselves and destroy evidence without telling criminal defendants would be a widespread Due Process violation, Kosoglad said.

“There is an ongoing and widespread pattern of FOIA violations by the CPD, an agency that is itself charged with enforcing laws,” said Kosoglad’s attorney, Matt Topic of Loevy & Loevy, a large civil rights firm that regularly represents the public in FOIA related litigation. “It shouldn’t have to take lawsuits like this to get the city to respond to FOIA requests and turn over public records.”

To date, the CPD has taken no disciplinary action against the officers.