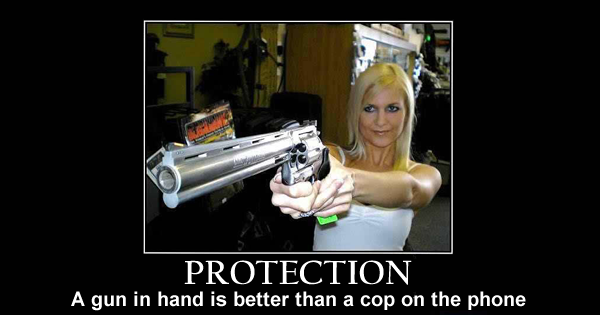 A little over three years ago I used to do a series called, “Better than a Cop.” The idea came to me when many people suggested that contributors here at CopBlock.org write more positive stories – a common request here to this day. My response to that is the same today as it was then, I believe that any good cop story – like when an officer runs into a burning building – is an action that would have been done by that officer regardless of whether or not they were a cop. Add that to the fact that police are paid to save or protect people’s lives and you negate anything they do in the line of duty; like stopping a robbery.

No, I don’t see much point in highlighting good deeds of police for these reasons. Yet, I do find value in pointing out stories where people who are not police officers, who have no obligation to assisting other people and aren’t paid to do so, but still choose to help someone in need. In the past I made these video blogs (see playlist below) and I hope to get to that point again. For now I’m going to post a “Better than a Cop” story once a week. Hopefully at the end of the month I’ll have enough content and time to make a monthly “Better than a Cop” video too.

With that being said, lets get into this week’s “Better than A Cop” story. Kentrell Ferguson was just minding his own business as he walked down 16th street in Washington D.C on March 24th. It was then that he noticed some sort of scuffle in progress ahead of him. According to FoxPhilly:

“I could see there’s a struggle going on. I thought it was two men on the ground struggling trying to rob him or whatever,” said Ferguson.

Ferguson says when he realized it was a woman on the ground being attacked, he decided right then to save her.

“I picked up a stick and a brick, and I went down there walked soft as possible,” said Ferguson.

Identified as a witness in police reports, Ferguson started hitting the suspect again and again– until he ran away.

“He was moving and swerving and weaving and all that and I beat him outta his shoes,” said Ferguson.

That beating slowed the suspect’s escape and police arrested him an hour later.

Thankfully Kentrell was around to stop this sexual assault because obviously the police were too busy providing the valuable service of protection elsewhere. Maybe they were conducting a DUI Checkpoint, busy with speeders or raiding a home to further the war on drugs. Even if the police weren’t doing such things, and if this woman was able to call them, who knows how long it would have taken them to show up. Yet, armed with nothing more than a stick and a brick Kentrell was able to stop the attack and teach the rapist a valuable lesson; aggression against another will not be tolerated.

To top it off Kentrell doesn’t consider himself a hero, which is ironic, because his act was most certainly heroic. Something that can’t be said too often about the actions of police officers. While Kentrell reacted to a situation he stumbled upon, without concern for his own life, and he did what he felt was right. The police commonly over react, use excessive force and, at times, exaggerate the risk they are in while doing much less dangerous things than what Kentrell did. That’s why Kentrell actions were undoubtedly “Better than a Cop”, hands down.

PAST “BETTER THAN A COP” VIDEOS