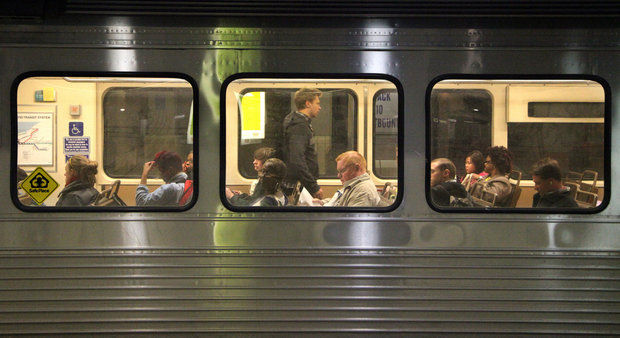 Yesterday I blogged about Jessica Ferratto and her encounter with Lakewood OH RTA Cops. Today the Cleveland RTA issues an apology to Ms. Ferratto, according to Cleveland.com:

“From what we know now, it appears this incident could have been handled far more appropriately,” Krecic said in an email. “We apologize for the way this incident transpired, and this is clearly an unfortunate situation. Importantly, we will be taking the appropriate action internally, and once the investigation is complete, we will be able to provide further details.”

Ferrato welcomed the apology — sent to media and not Ferrato herself — but said she wanted to see RTA officials speak with action.

“It could have been handled better?” Yeah, I’d say so. If I would have done that to her it would be considered sexual assault. I would have gone to jail over it. But this man thought his badge was going to grant him extra rights. He thought he could do whatever he wanted to her and it would be excused. Jessica was doing nothing wrong. She had a valid transit pass and was simply trying to get home.

I ride the bus all the time and I have never had to show my pass to anyone but the bus driver.I have never even seen one of these transit cops outside of the Tower City terminal. Now you are telling me I could be subject to this type of treatment? I can not understand how “sorry” is supposed to cut it.

If Jessica is reading this. Please, lawyer up and sue these people for all you can get! Make sure this guy can never work in law enforcement again.This type thing can not just be allowed to be swept under the rug. This is why we have the police apologists out there saying, “Oh it’s not that bad” and “If she would have… insert whatever here!” and “It’s only a few bad apples.”

At least the transit cops have the decency to apologize! There is no excuse for an officer, who is supposed to be a trusted person, charged with our “safety”, to be allowed to get away with something like this. People should not have to be scared to take a bus or a train for fear of RTA security. Its bad enough to have to sorry about the purse snatchers and rapists. Somehow I don’t think a simple apology is going to make Jessica whole.