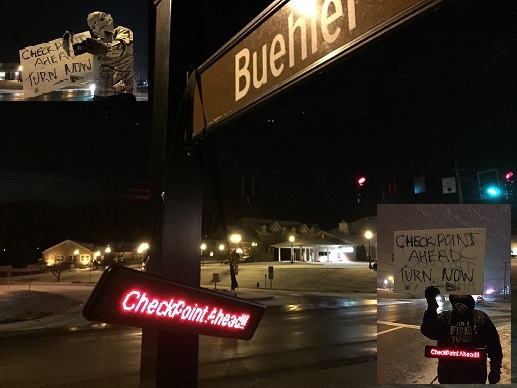 Meet Terri Bressi. He is an astronomer in Arizona, and the road to his job has become subject to a supreme court ruling allowing “internal checkpoints.” These checkpoints are within the borders of the USA and are subjecting US citizens to violations of the fourth and fifth amendments. Added to that the fact that asking questions will get you detained, searched, and possibly kidnapped and caged, I say it’s a first amendment violation as well.

Terri found out the hard way that you must record your interactions with law enforcement. His very first encounter (No Camera) got him yanked from his vehicle detained and searched, simply for asking a question. In the video Terri describes this first encounter and how it made him realize the necessity of recording. He purchased a dash-cam and started recording his 300+ interactions with border patrol officers at these “internal checkpoints.”

As Terri states towards the end of the video. “That’s what the purpose of checkpoints is. Is to presume your guilty and force you to prove your innocence.” I agree wholeheartedly Terri, and that is why I oppose checkpoints as well. It is not to allow drunks free reign on the roads. It is because we are supposed to be innocent until proven guilty. Not the other way around. You are not supposed to have to prove your innocent to anyone.

For more information about checkpoints see my videos on Greater Cleveland Cop Block‘s YouTube channel or check out the recent posts (The morality of checkpoints and the Medina Checkpoint video) here at CopBlock.org earlier this week, to get a clearer picture of why checkpoints are a bad idea.