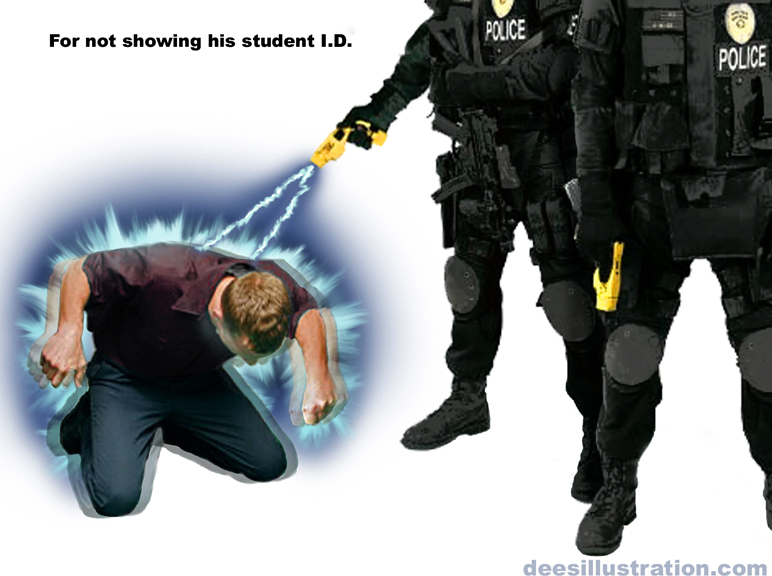 An Albany, NY man died in custody after he was struck with a Taser during an altercation with police, Officials said Thursday.

The incident happened around 12:30 Thursday morning on Lark Street near Second street.

Family say officers came across 39-year-old Donald Ivy, Jr during a midnight walk back from a corner store.

The taser had little effect, and police say Ivy eventually led them on a brief foot chase.

After officers apprehended Ivy and placed him into custody, police say he suffered an apparent medical emergency and lost consciousness.

Ivy was taken to Albany Medical, where he was later pronounced dead.

Family say Ivy was on a number of medications at the time, and described him as a “paranoid schizophrenic who suffered from heart problems.”

As to why officers confronted Ivy, Officials have only said he was exhibiting “suspicious behavior.” It is also not yet known how many times he was struck with a taser.

Acting Albany Police Chief Brendan Cox said an autopsy has been conducted but he declined to discuss the findings, saying the medical examiner still has work to do.

No weapons were found on Ivy, Cox said.

Ivy’s first cousin, Celestal Hightower, said she does not want to criticize police but wants to know what happened.

“There’s a lot of missing information right now,” she said. “We just want to wait until everything is presented to us and then maybe there will be satisfaction, maybe not. We don’t know until it is all presented. So that’s what we’re waiting for.”

Ivy graduated from Virginia State University in 2001 prior to the onset of his mental illness, family say. His education was paid for after he was awarded the “I Have A Dream” scholarship for students from an inner-city Albany elementary school.

An internal investigation into the incident has been launched. Locals have planned a rally for Ivy Friday.