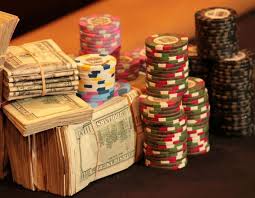 Ohio has decided to gamble on law enforcement using funds generated from the three casinos that opened in 2012. The money generated is going to fund training for the Ohio State Highway Patrol. The problem is it doesn’t seem to address the problems we have with law enforcement. Instead, they plan on training cops on how to deal with a gunman? They know how to deal with gunmen. THEY SHOOT THEM! Sometimes, you don’t even have to be a gunman! Sometimes, you don’t even have to be armed! CopBlock.org is loaded with stories of this.

But it’s true! According to My Fox Columbus,

“Some of that gambling money is now being used to fund an 11-week public safety leadership academy through Ohio State’s John Glenn School of Public Affairs at the Ohio Highway Patrol Academy in Columbus.

Cash has also been used to fund programs that train officers how to handle situations involving a gunman, and helping improve their driving skills during emergency situations.“

If you are going to train officers, how about training them how to deal with the mentally handicapped? It seems they are sorely lacking in recognizing the difference between a criminal and a person with a mental disability. Sometimes even with people with other disabilities as well, like deaf people. Another area the police seem to be lacking in training is how to de-escalate situations, instead of escalating them.

This also puts my personal view on gambling at odds. Next time I go to spend my hard earned money in a casino, I’m going to be thinking, “Am I supporting a bogus training session for the Ohio State Police right now? Am I furthering their reign over the monopoly of policing?” Because I sure wouldn’t support this training if I had a say. I would maybe keep gambling if they received training on how to deal with mental disabilities. Or if it was training on confrontation de-escalation, maybe then I’d consider visiting the casino again, but until then, sorry Horseshoe. No more money from me!