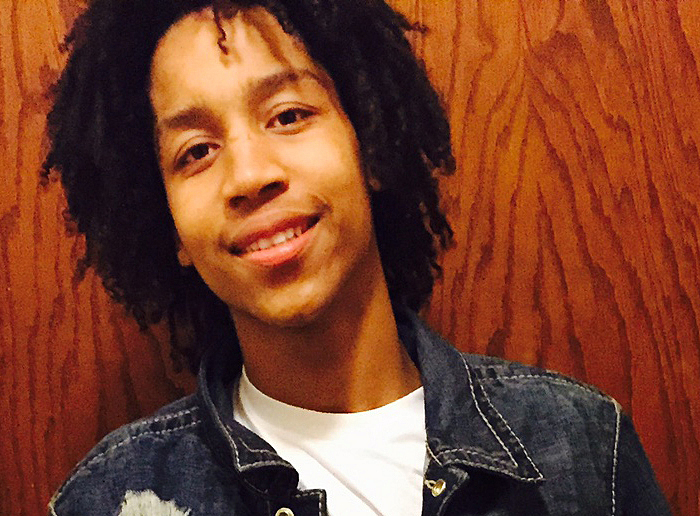 On March 18th, 17 yr old Faysal Mohamed and three of his friends were heading home after a basketball game at the YMCA in South Minneapolis, MN when they were pulled over by an officer whom is still unnamed. One of the young men captured a mere thirty seconds of video from Mohamed’s smartphone which contains part of the disturbing interaction. Before handcuffing all four young men for 45 minutes while officers search the vehicle and do background checks on them, he states in the video,

“Plain and simple, if you f— with me, I’m going to break your leg before you get the chance to run. I’m being honest I don’t screw around. I’m just giving you a heads up.  Just trying to be officer friendly right now.”

When one of the four asks, “Can you tell me why I’m being arrested?”, his response was, “Because I feel like arresting you”.

The teens were let go without being arrested, then told they had been under “suspicion” of stealing the vehicle. But Mohamed and his friends know that was just an excuse for an illegal search and false detainment. The Minneapolis PD is doing an internal investigation. However, the Minnesota chapter of the Council on American-Islamic Relations is calling for the US Department of Justice to investigate the video, along with documentation and the four teen’s testimonies. CAIR-MN executive director Jaylani Hussein had this to say,

“This type of troubling incident only serves to harm the trust that is necessary between law enforcement officers and the community they serve and protect. The Department of Justice should open an independent investigation of this case.”

This is a prime example of force being used by overstepping the “authority” a mercenary of the State thinks he/she has, by threats, foul language, and absolutely no regard for human decency . Not only were these innocent young men disrespected by the officer’s words, more importantly, they were held for no apparent reason. By knowing their rights and flexing them, this Minneapolis cop may very well end up ruing the day he decided to bully the very people who pay his salary.

This was shared with the CopBlock Network by Stephen Schendel via the CopBlock.org Submissions Page