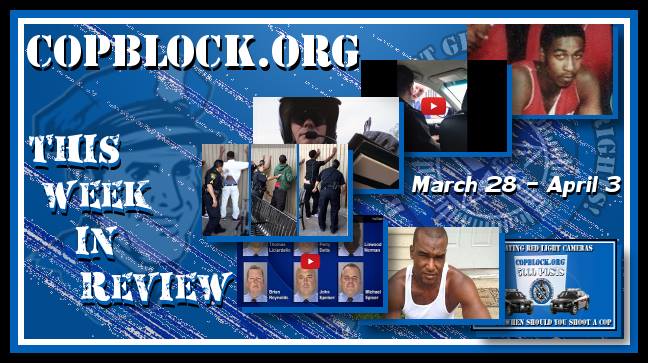 Kory Watkins is probably one of most active CopBlockers in the world – I was going to say nation, but I don’t like that word – and just last night he and other CopBlocker spent the night CopBlocking the Arlington, TX Police. What’s unique about Kory’s style of CopBlocking is that he’s normally armed and last night was no different, as you can see in the post from his Facebook page below, Kory is open carrying an AK-47

Open carrying at Canes. Two APD in front of me.

Now I say unique style because in today’s age many people are scared of guns, thanks to the government brainwashing that’s been bestowed upon us about people who carry guns (other than cops), but I wish we would see more people armed in our daily activities, as the saying goes, “an armed society is a safe society.” So before everyone gets worked up on Kory for CopBlocking with an AK, know that he carries a firearm religiously, this isn’t something he does ONLY when CopBlocking. I’m glad he’s willing to smash the stereotype people have of those who carry firearms publicly or openly.

Check out more, follow along or connect with North Texas CopBlock by visiting their Facebook page here. Visit CopBlock’s Groups page to connect with other CopBlock offshoots throughout the world. Recently, I traveled to Indianapolis for a CopBlocking Weekend – see here – that included a CopBlock.org photoshoot for the new CopBlock.org gear – which you can get here. This week I got back some of the polished photos from Rick and, CopBlock’s own, Danny Flores. These are excellent photos and I’d like to thank everyone in Indianapolis who helped make this possible, it’s greatly appreciated. On a side note, we’re currently in the process of acquiring more badges and have recently put in another order for gear. Next month we hope to expand by additional items including the NO MASTERS, NO SLAVES shirts, CopBlock.org Press Passes and more.

Photos of the gear we give to those that donate to us. Get shirts, hoodies, badges, sweatpants, hats and more at: http://www.copblock.org/store

TOP STORIES AT COPBLOCK THIS WEEK

NYPD COP FLIPS OUT ON UBER DRIVER: If you haven’t seen the video of Patrick Cherry going nuts-o on a New York City Uber driver, watch the video below and check out this post for more information. Including how Cherry was a member of an elite FBI unit and recently had his badge stripped by the NYPD commissioner himself.

MICHAEL BURNS CITED AGAIN FOR  BY HIGHWAY PATROL FOR LICENSE PLATE: Michael Burns, founder of Central Florida CopBlock, had his eight run in with Law Enforcers over this license plate holder and recorded the interaction – as  usual, see his YouTube Channel here. Michael is not stranger to the courts, as he wore a ‘F the Police’ shirt into court once, and is looking forward to his day in court not only for the infraction but to test the ban on cameras in the courtroom. See entire post here and watch the video posted below.

Then on the evening of March 20, Matthew was arrested and charged with a felony for a Facebook post, in which he explained that he intended to protest and shed light on the Meridian police if this asinine charge [against him] wasn’t dropped.

Tomorrow, I go to pretrial at the Ada County Courthouse to claim that my charge of “resisting or obstructing” a supposed…

This concludes “CopBlock’s Week in Review” for this week, until next week, remember that, “Badge Don’t Grant Extra Rights.”